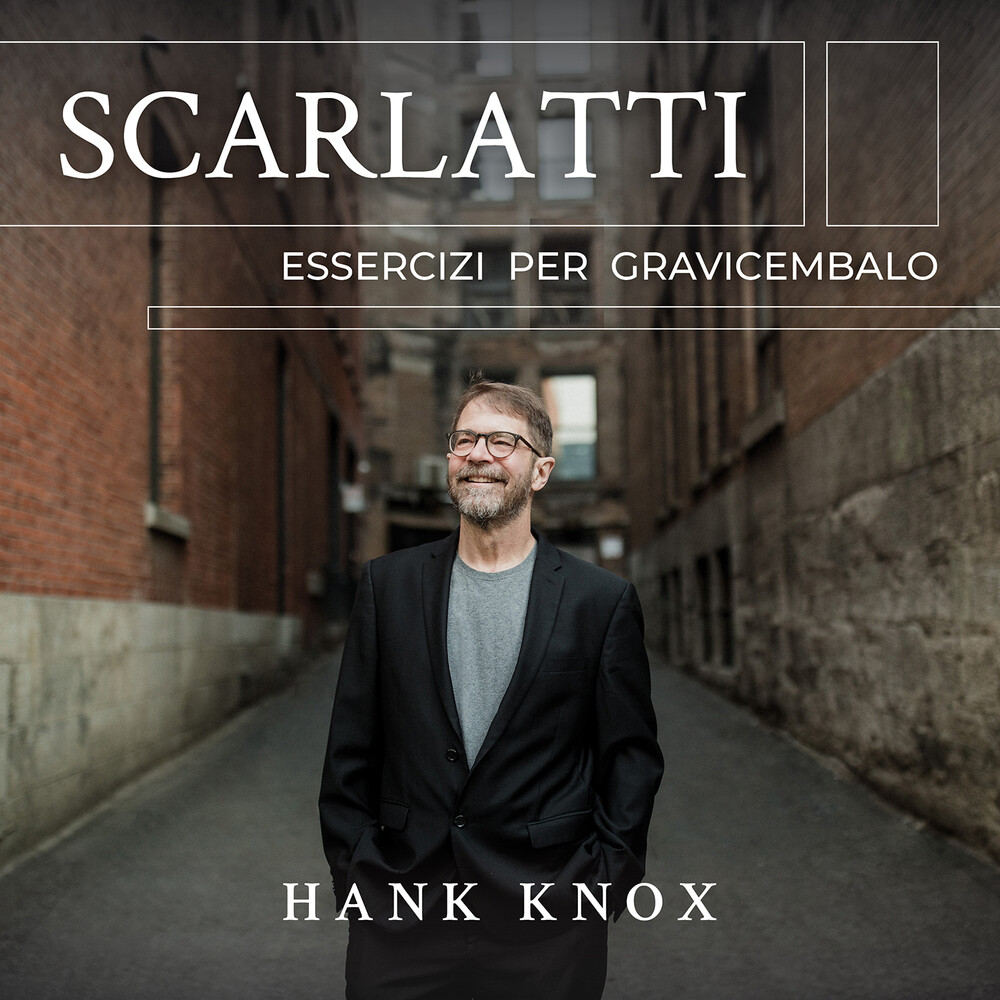 Hailed internationally for his "colorful, kinetic performances" (All Music Guide) which "abound in vitality" (Early Music America), Hank Knox performs on harpsichord in concert halls, churches, museums, galleries and homes around the globe. Knox's recording of the 30-piece sonata collection, Essercizi Per Gravicembalo, by Domenico Scarlatti offers the listener a view into Scarlatti's famously technically demanding work that was first published in 1739 in London, England. Essercizi Per Gravicembalo, meaning "Exercises for Harpsichord" was composed with the intent of a study in technique, which resulted in the spectacular showcase of progressively more frequent and almost virtuosic hand-crossing and exciting octaval leaps throughout the piece. The work is largely a compilation of manuscripts and unfinished sonatas from the past thirty years of Scarlatti's life and was dedicated to King John V of Portugal, whom was the father of longtime pupil, Queen Maria Barabra. Essercizi Per Gravicembalo was recorded by Hank Knox in April 2021 at Église St. Augustin, Mirabel, QC.