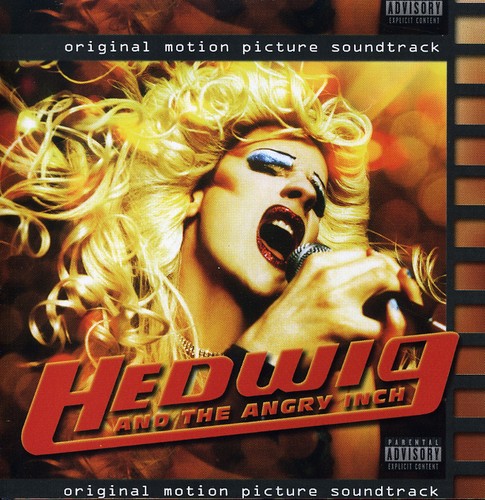 Hedwig And The Angry Inch: Original Motion Picture Soundtrack
Artist: Stephen Trask
Format: CD
New: Not on Hand, Let us get it for you
Wish

The musical Rent is said to have revived the rock musical in the 1990s, but it's Hedwig and the Angry Inch that could revive the genre's movie fortunes in the new millennium. Adapted and directed from Stephen Trask's music and lyrics by John Cameron Mitchell, who also reprises the lead role of Hedwig, the flamboyantly unlucky victim of a botched sex-change operation, this is as good as a rock musical gets.

The soundtrack follows the cast album pretty faithfully, except that the whole thing somehow feels turbocharged. Fast numbers like "Angry Inch" (with fab backup vocals by Miriam Shor) and "Exquisite Corpse" rock harder; ballads like "The Long Grift" and "Midnight Radio" are more poignant. The original off-Broadway cast recording was good, but now everything feels sharper, better defined. Even Hedwig's backing band, the Angry Inch, is beefed up by ex­Hüsker Dü Bob Mould on guitar, while Girls Against Boys contribute to "Freaks," a track that would be right at home on an old David Bowie album. Even your punk pals will approve when they catch you listening to this musical.