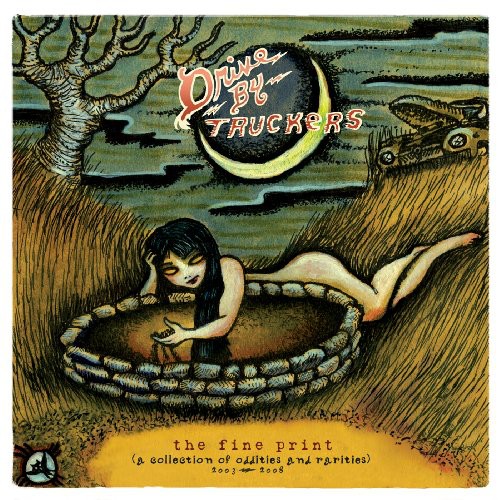 Fine Print [A Collection Of Oddities and Rarities 2003-2008]
Artist: Drive-By Truckers
Format: CD
New: Not on Hand, Let us get it for you
Wish

Drive-By Truckers (DBT) have been making music together for 13 years resulting in 7 critically acclaimed studio albums which could not contain all of the songs written by the band. DBT recently dug into the New West Records vaults and put finishing touches on a selection of songs that were never quite completed. The result of the collaboration is The Fine Print (A Collection Of Oddities and Rarities 2003-2008), a 12-track album of previously unreleased and rare songs. The Fine Print features songs written by band members past and present, including Patterson Hood, Mike Cooley and Jason Isbell. Seven of the twelve songs come from The Dirty South era, a highly creative time for DBT. The record also contains four covers including Rebels by Tom Petty, which the band recorded originally for the TV show King Of The Hill and Like A Rolling Stone by Bob Dylan which provided Shonna Tucker with her first ever lead vocal performance on a DBT recording.