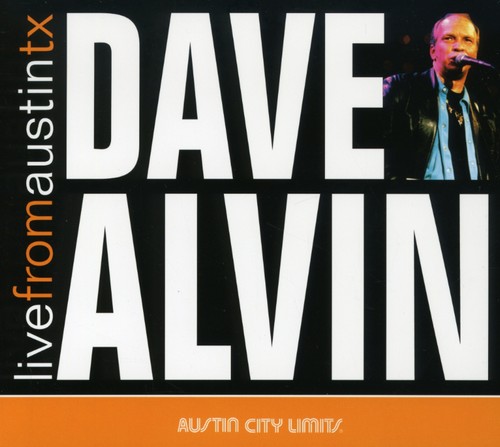 Live From Austin, Texas
Artist: Dave Alvin
Format: CD
New: Not on Hand, Let us get it for you
Wish

Dave Alvin's world lies somewhere on the margins the seedy bus stations, bars and endless boulevards of L.A. and the reality of California's underbelly of discontent. Alvin was originally a founding member of the punk/roots scene band the Blasters with his brother Phil. Over the years since he's continued to sharpen his skills as a singer, songwriter and musician. This Austin City Limits episode, recorded on January 29, 1999, includes songs from his current album at the time, "Blackjack David", his best statement to date about love, hope and despair.