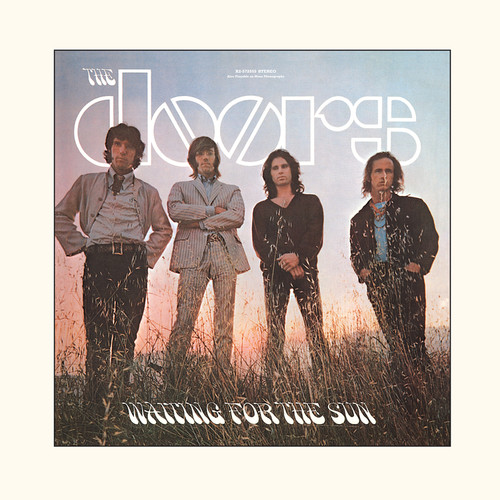 Waiting For The Sun
Artist: The Doors
Format: CD
New: Not on Hand, Let us get it for you
Wish

Waiting For The Sun (50th Anniversary Expanded Edition)(2CD) The Doors This is The Doors' third studio album and FIRST #1 album. Features the #1 smash hit "Hello, I Love You" plus classics like "The Unknown Soldier" and "Five To One." - With an intoxicating, genre-blending sound, provocative and uncompromising songs, and the mesmerizing power of singer Jim Morrison's poetry and presence, The Doors had a transformative impact not only on popular music but on popular culture. The Doors' arrival on the rock scene in 1967 marked not only the start of a string of hit singles and albums that would become stone classics, but also of something much bigger - a new and deeper relationship between creators and audience. They released six studio albums in all, as well as a live album and a compilation, before Morrison's death in 1971. Their electrifying achievements in the studio and onstage were unmatched in the annals of rock. In the decades since The Doors' heyday, the foursome has loomed ever larger in the pantheon of rock - and they remain a touchstone of insurrectionary culture for writers, activists, visual artists and other creative communities.