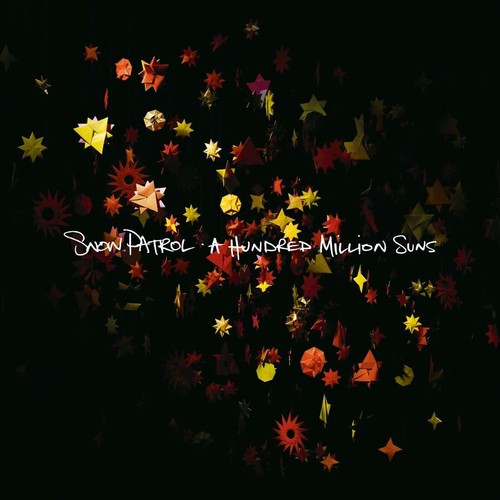 A Hundred Million Suns [2LP]
Artist: Snow Patrol
Format: Vinyl
New: Not on Hand, Let us get it for you
Wish

Double vinyl LP pressing. A Hundred Million Suns is the fifth album by Northern Irish alternative rock band Snow Patrol. The album was written by Snow Patrol and was produced by longtime producer Jacknife Lee, who has previously produced albums for Bloc Party, R.E.M., and U2. The songs were recorded through the summer of 2008 in Hansa Studios in Berlin and Grouse Lodge Studios in Ireland. The album was released in Ireland on 24 October 2008, on 25 October in Australia, on 27 October in the United Kingdom and the rest of Europe and in the US on 28 October.