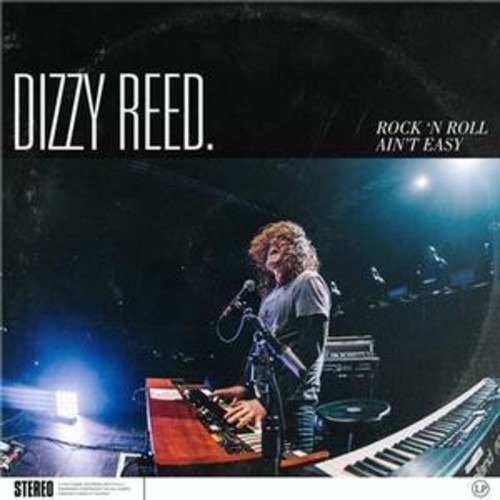 Rock 'n Roll Ain't Easy [Import]
Artist: Dizzy Reed
Format: CD
New: Not on Hand, Let us get it for you
Wish

In the world of music, Guns n' Roses need no introduction. Few bands in history have achieved the level of success and recognition that GNR has. The addition of keyboardist Dizzy Reed in 1990 marked a stylistic turning point in the band's maturity, incorporating piano and the epic tones of the Hammond B-3 into their aggressive hard rock sound. In 2012, Dizzy was inducted into the The Rock and Roll Hall of Fame as a member of Guns n' Roses. He has toured with the Psychedelic Furs and has toured, recorded and written with supergroup The Dead Daisies whose lineup has featured members of The Cult, Motley Cr e, White Snake, The Rolling Stones and Thin Lizzy. He also sings lead vocals with his side project, Hookers and Blow. On surviving and flourishing in rock's 'sharky' waters, he says, "Never stop learning and exploring, but don't forget what you do best. Stick to your guns." Early 2018 will see the release of Dizzy's long-awaited solo album through powerhouse indie rock label, Golden Robot Records. The album features players from some of the world's biggest rock bands including fellow Guns n' Roses members Richard Fortus, Frank Ferrer. Tommy Stinson and Ron 'Bumblefoot' Thal; Thin Lizzy's Ricky Warwick; Mike Dupke and Mike Duda of W.A.S.P.; Psychedelic Furs saxophonist Mars Williams and many more.