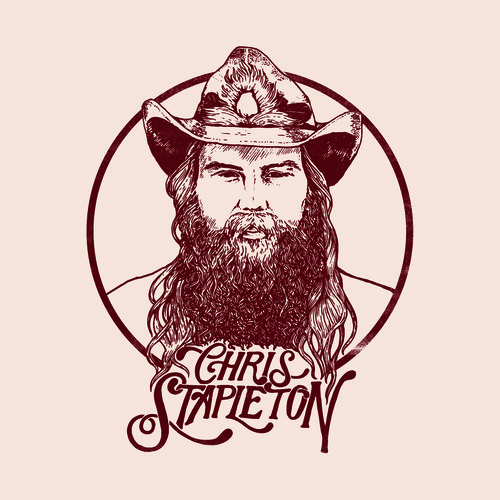 Chris Stapleton's highly anticipated new album, From A Room: Volume 1, will be released May 5 on Mercury Records Nashville. The highly anticipated full-length record is the first new music from Stapleton since 2015's breakthrough double Platinum solo debut Traveller and will be followed by From A Room: Volume 2 coming later this year. The album takes its name from Nashville s historic RCA Studio A, where it was recorded during the winter of 2016-17. Once again produced by Grammy Award-winning producer Dave Cobb, Volume 1 features eight original songs as well as a rendition of "Last Thing I Needed, First Thing This Morning," written by Gary P. Nunn and Donna Sioux Farar and made famous by Willie Nelson.

Other highlights include "Second One To Know", which Stapleton recently premiered at the 52nd Annual Academy of Country Music Awards as well as the album's first single, Either Way.

In addition to Stapleton on vocals and guitar and Cobb on acoustic guitar, the album features Morgane Stapleton on harmony vocals as well as longtime band-members J.T. Cure on bass and Derek Mixon on drums and musicians Mickey Raphael on harmonica, Robby Turner pedal steel and Mike Webb on keys.

The May 5 release of Volume 1 comes exactly two years to the day since the release of Traveller. Released to immediate widespread critical acclaim, the album had one of the best-selling first weeks by a debut country artist in 2015. Following a historic turn on the 49th Annual CMA Awards where Stapleton became the first artist to win Album of the Year, Male Vocalist of the Year and New Artist of the Year at the same awards Traveller became the first album to re-enter the Billboard 200 all-genre album chart at No. 1, where it stayed for two straight weeks. The critically acclaimed album went on to win multiple Grammy and ACM Awards and was the #1 selling Country album of 2016 and the fourth-highest selling album of 2016 across all genres.

Additionally, in the past two years, Stapleton has performed on multiple national TV shows including Saturday Night Live, The Tonight Show Starring Jimmy Fallon and The Late Show with Stephen Colbert and was profiled on CBS News Sunday Morning.

Of a recent performance, the Seattle Times declares, "...Stapleton dazzled the sold-out crowd with a barrage of songs that defy easy categorization while receiving the kind of deafening cheers reserved for superstars."