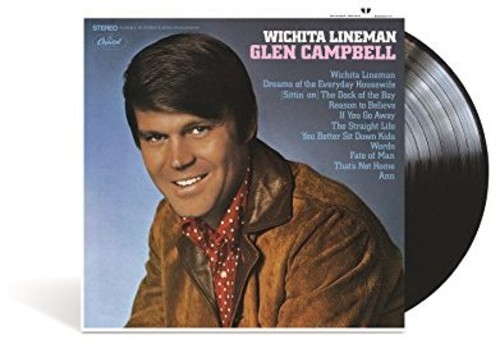 Wichita Lineman [LP]
Artist: Glen Campbell
Format: Vinyl
New: Not on Hand, Let us get it for you
Wish

Released as Campbell was becoming a television star, film actor and crossover sensation, Wichita Lineman remains Campbell's best-selling album. The double-platinum release reached No. 1 on the Billboard 200 and stayed there for a month, and continued to be the year's top release in the country genre. The single 'Wichita Lineman,' written by Jimmy Webb, was nominated for Record of the Year at the Grammy Awards and Single of the Year at the Academy of Country Music Awards.