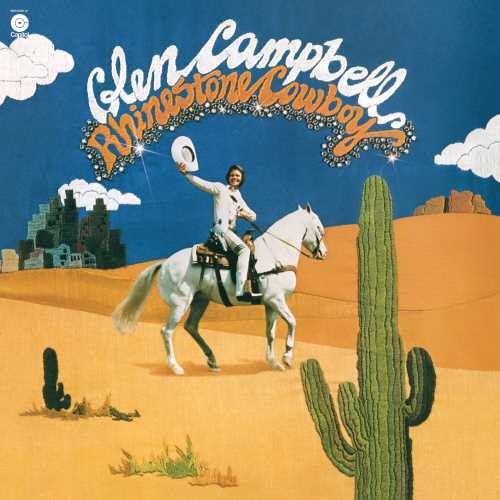 Rhinestone Cowboy: 40th Anniversary Edition [Vinyl]
Artist: Glen Campbell
Format: Vinyl
New: Not on Hand, Let us get it for you
Wish

Originally released in July of 1975, Glen Campbell's Rhinestone Cowboy was the music legend's first No. 1 hit on Billboard's Country Albums chart, vaulting the already quite famous master guitarist and singer to household name superstar status. On March 31, ahead of Campbell's 79th birthday on April 22, Capitol Nashville/UMe will remaster and reissue this classic album on 180-gram vinyl. This 40th anniversary reissue will come complete with a special, embossed LP jacket. Many of Rhinestone Cowboy's lyrical themes reflected Campbell's own life at the time, both personally and professionally. The album's centerpiece title track and its second single, 'Country Boy (You Got Your Feet In L.A.)' spoke to and through Campbell with messages of sacrifice and concession required to maintain a career in entertainment's fast lane, which had brought him from Arkansas to Los Angeles in the 1960s.