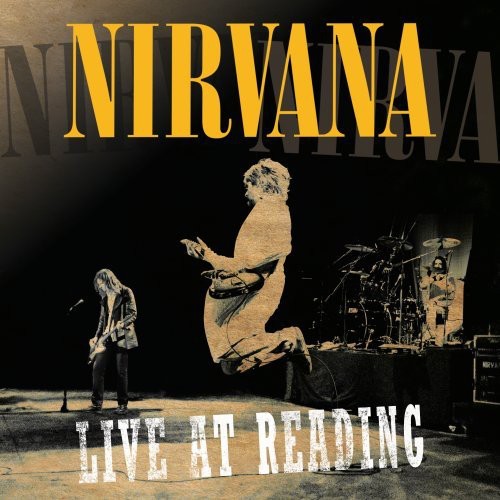 Live at Reading
Artist: Nirvana
Format: CD
New: Not on Hand, Let us get it for you
Wish

NIRVANA'S LEGENDARY NEVER-BEFORE-RELEASED 1992 READING CONCERT Ranked #1 in Kerrang Magazine's "100 Gigs That Shook The World" and voted as "Nirvana's #1 Greatest Moment" by fans in an NME poll, Nirvana's historic August 30, 1992 headlining appearance at the UK's Reading Festival is one of the most bootlegged concerts in the annals of rock n roll. Now, fans will have an opportunity to own a pristine copy of that entire performance -- color-corrected video from the original film with audio sourced from the original multi-track masters. Nirvana Live At Reading will be issued in a limited edition CD+DVD Deluxe Edition as well as DVD-only, CD-only configurations on November 3, 2009, followed by a 2LP version on November 17, 2009.