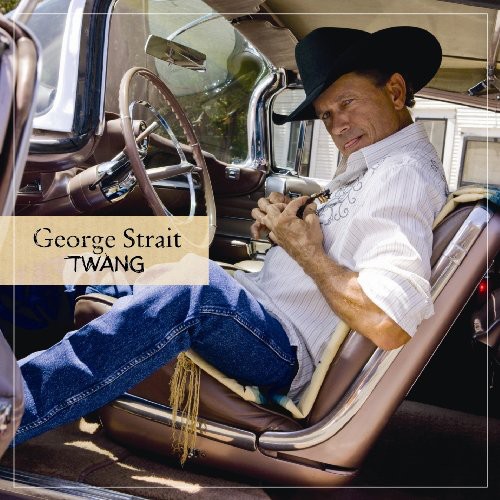 The follow-up to George Strait's platinum selling and CMA album of the year TROUBADOUR is the 13-track CD TWANG. The first single "Living for the Night" was written by George Strait, his son Bubba, and hit songwriter Dean Dillon. This release marks the first single ever written by George Strait. Strait was recently recognized by the Academy of Country Music as the Artist of the Decade and was honored in a primetime CBS special that won the nights ratings, proving yet again that George is King!

''Twang'' is the title of the 26th studio album by American country music artist George Strait. It was released on August 11, 2009 via MCA Nashville, the same label to which Strait has been signed since 1981. It is produced by Tony Brown. Lead-off single "Living for the Night", which Strait wrote with his son Bubba and songwriter Dean Dillon, was released in May 2009. As of August 21, 2010, the album has sold 590,302 copies in the U.S. - Wikipedia