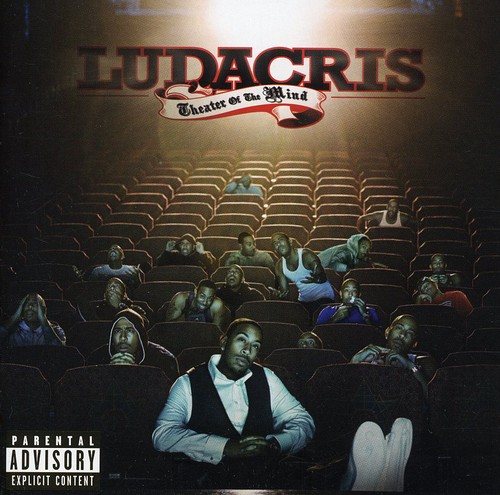 Theater Of The Mind
Artist: Ludacris
Format: CD
New: Not on Hand, Let us get it for you
Wish

Ludacris'new album Theater of the Mind features hit singles such as"What Them Girls Like"co-starring Chris Brown and Sean Garrett,"Undisputed"co-starring Floyd Mayweather,"Do the Right Thing"co-starring Common, and many more. Ludacris has the ability to paint a vivid picture of his thoughts through his songs and lyrics like no other.

''Theater of the Mind'' is the sixth studio album by American hip hop rapper Ludacris. It was released on November 24, 2008. Ludacris calls the album "theatrical." - Wikipedia

Before Puff Daddy changed his f*cking name to Diddy, before Janet Jackson went on the tube and showed her t*tty, Iâ€™ve been reppinâ€™ for Atlanta and Iâ€™ve been rollinâ€™ like the â€™60s." If that sample doesnâ€™t explain the enduring popularity of Ludacris, we have no idea what could. The title of this record sounds like rejected King Crimson or something, but we wonâ€™t hold that against him. Itâ€™s hard to continue dubbing Luda "street" after conquering Hollywood via Hustle & Flow and Crash, but itâ€™s even harder to hold his extracurricular triumphs against him. As to Theaterâ€™s soundtrack, the snakecharmer groove of "What Them Girls Like" is pretty much the opposite of power metal, as Chris Brown does his mating call thing and Luda pronouncesâ€”conjuring the Fresh Princeâ€”"girls of the world ainâ€™t nothinâ€™ but trouble." What is not to love? Even the Obama campaign canâ€™t stay mad at the guy.