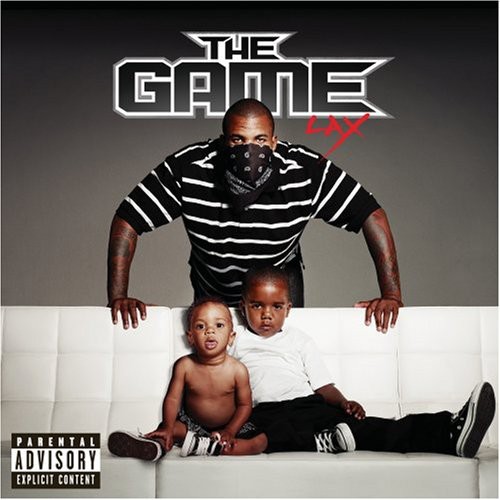 Lax
Artist: The Game
Format: CD
New: Not on Hand, Let us see if we can get it for you!
Wish

''LAX'' is the third studio album by rapper The Game, released on August 22, 2008. While recording the album, he frequently stated that he will retire after releasing the album, but he's recently stated he will be releasing a album in 2010 titled The R.E.D. Album. It is the last studio album to be released under the rapper's name, "The Game" before being changed to simply "Game". - Wikipedia

Four singles were released before the last 50 Cent album bowed; we've heard three new Nelly tracks and Brass Knuckles still isn't out. So the Game shouldn't be too upset that "Game's Pain" and "Dope Boys" have hit the airwaves, yet LAX keeps getting pushed deeper and deeper into the dog days of summer. Luckily, the Compton MC feeds off stress, so the content herein should only come off as more intense and personal. Although detractors (rightly) pegged Doctor's Advocate single "Wouldn't Get Far" as misogynistic, we gave the Game a "get out of jail free" card. The Compton MC is routinely more entertaining, confessional and compelling than any of his former G-Unit cronies, and that includes 50. After a recent felony weapons charge setback, some are suggesting that LAX might be his last album, which is a shame. We love the whole package, from the incessant name-dropping to his unique set of insecurities. But what Game does better than almost every nth generation gangsta is tell truly inspired/inspirational stories. LAX hit "Game's Pain" somehow pays homage to growing up hip-hop without coming off as self-indulgent treacle. There's something deeply honest about his observations that's desperately lacking on the dial. Debut The Documentary is regarded as a modern classic, but considering the dated quality of Dre's then-pristine production, we can't help but think better days are ahead.
This website uses cookies to personalize content and analyse traffic in order to offer you a better experience.
I accept Learn More
back to top