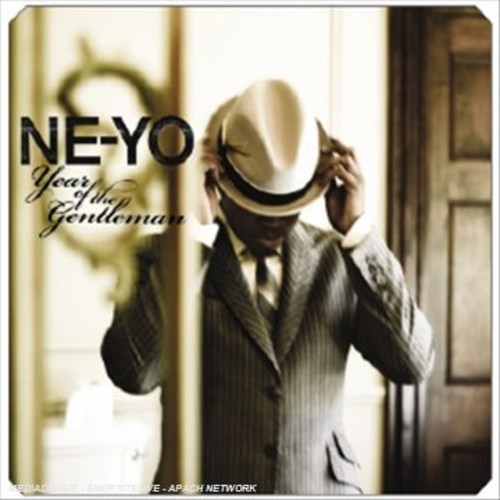 Year of the Gentleman
Artist: Ne-Yo
Format: CD
New: Not on Hand, Let us get it for you
Wish

Grammy award-winning singer/songwriter Ne-Yo has announced the release of a new studio album, Year of the Gentleman, arriving in stores on Sept. 16--with the first single"Closer"already certified gold for selling more than 600,000 copies. The single was also nominated for"Best Dancing in a Video"award at this year's MTV VMAs.

''Year of the Gentleman'' is the third studio album by American R&B and pop singer-songwriter Ne-Yo, released September 16, 2008 on Def Jam Recordings in the United States. The album was met with generally favorable reviews from most music critics, as well as a considerable amount of commercial success and sales. - Wikipedia

The Arkansas-born R&B heartthrob has spent his entire career writing hits for just about any pop star you can think of; well, it's time for them to give back. Appearing on his third solo album: BeyoncĂ, Jay-Z, T-Pain, John Mayer, Patrick Stump, Alicia Keys and Lil Wayne. You'd think Gentleman was a Darfur benefit or something. While Yo hasn't stepped out from behind the curtain the way Kanye has, it just might be time for his close-up.