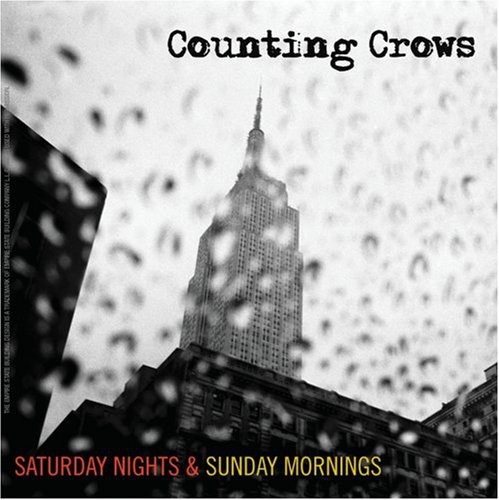 Saturday Nights & Sunday Mornings
Artist: Counting Crows
Format: CD
New: Not on Hand, Let us get it for you
Wish

More than five years after 2002's Hard Candy, the Counting Crows have finally returned with Saturday Nights&Sunday Mornings. Divided into two parts, Saturday Nights is the album's angry, electric and dissolute opening salvo produced by Gil Norton (The Pixies, Foo Fighters) while Sunday Mornings is the more acoustic and folk-influenced side of the album produced by Brian Deck (Modest Mouse, Iron&Wine).

''Saturday Nights & Sunday Mornings'' is the fifth studio album by Counting Crows, released in the United States on March 25, 2008. It is thematically divided into two sides: the rock music of ''Saturday Nights'' and the more country-influenced ''Sunday Mornings.'' Vocalist and lyricist Adam Duritz states that the album "is about really wanting to mean something and failing to do it. You want your life to mean something. You want to be somebody and then what you turn out to be is so much less than what you thought you were going to be."

The ''Saturday Nights'' portion was produced by Gil Norton (who also produced the band's second album, ''Recovering the Satellites''), while ''Sunday Mornings'' was produced by Brian Deck, perhaps best known for his production work on Modest Mouse's album ''The Moon and Antarctica.''

The album debuted at number 3 on the ''Billboard 200'', the band's highest peak since ''Recovering the Satellites''. The cover depicts the Empire State Building in New York City. - Wikipedia

Why don't we ever read about Adam Duritz on Perez Hilton's site? The guy tears through starlets like Nicholson or Beatty in their primes, and once dated the two Friends foxes not responsible for "Smelly Cat." Maybe all that good living explains why it's been five years since the Crows' last LP, Hard Candy. Duritz claims the darker material of this comeback may put off fans, although it's just as likely to reinvigorate interest, following a summer ballpark tour with Live.
This website uses cookies to personalize content and analyse traffic in order to offer you a better experience.
I accept Learn More
back to top