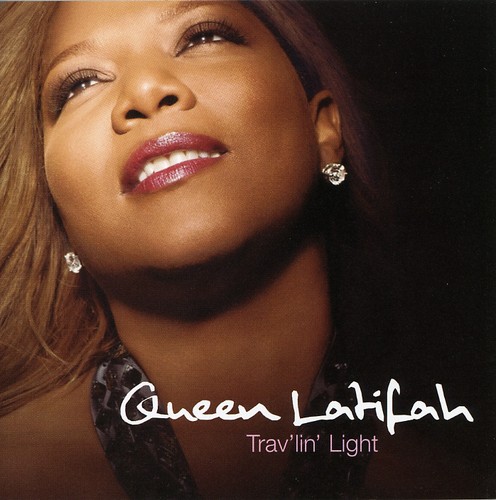 Produced by Tommy LiPuma and Ron Fair, Trav'lin'Light is the long-awaited follow-up to The Dana Owens Album. Trav'lin'Light is Latifah's second foray into the realm of jazz, soul and blues. Exploring the songbooks of female vocalists who've inspired her, Latifah adds her warm vocals and playful personality to a hand-picked mix of familiar classics and forgotten jewels.

Yes, she's officially entered the zone where you have to catch yourself from grumbling that another actor's making an album. Exactly 180 degrees removed from "U.N.I.T.Y.," the Queen offers a collection of jazz standards here. This isn't exactly out of left field'"you may recall 2004's The Dana Owens pop/jazz hybrid garnering her a Grammy nom. The guests on Light are the real deal: Stevie Wonder, George Duke, Joe Sample, Christian McBride and John Clayton.