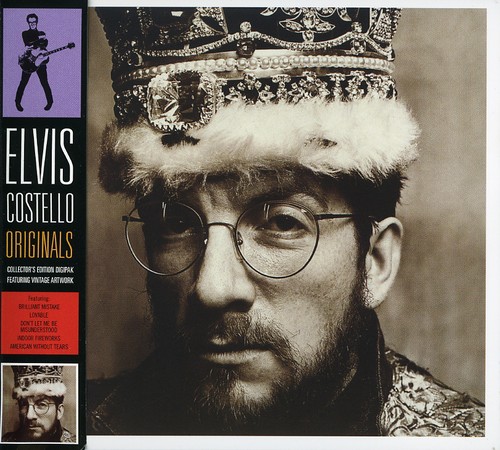 King of America
Artist: Elvis Costello
Format: CD
New: Not on Hand, Let us get it for you
Wish

The King explores Americana sounds and acoustic textures on this 1986 masterwork that yielded such gems as Brilliant Mistake, Indoor Fireworks, and American Without Tears.

''King of America'' is the tenth studio album by the British rock singer and songwriter Elvis Costello, released in the United Kingdom as F-Beat ZL 70946, and in the United States as Columbia 40173. It was billed as "The Costello Show featuring the Attractions and Confederates." It peaked at #11 on the UK album chart, and at #39 on the Billboard 200. - Wikipedia