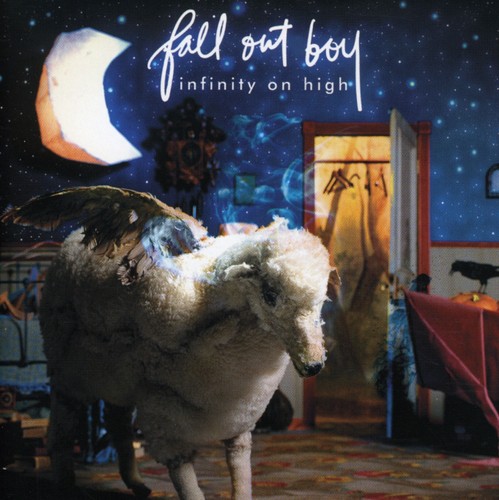 Infinity On High
Artist: Fall Out Boy
Format: CD
New: Not on Hand, Let us get it for you
Wish

''Infinity on High'' is the fourth studio album by American rock band Fall Out Boy. It was the follow up to their 2005 album ''From Under the Cork Tree''. Originally planned for release at the end of 2006, it was changed to early 2007. ''Infinity on High'' debuted at number-one on the U.S. ''Billboard'' 200, and has since been certified platinum by the RIAA.

The title is taken from a letter written by Vincent van Gogh to his brother Theo in 1888, in which he describes his renewed health and the vigor it has instilled in his painting. Van Gogh's exact phrasing has been translated as "Be clearly aware of the stars and infinity on high. Then life seems almost enchanted after all".