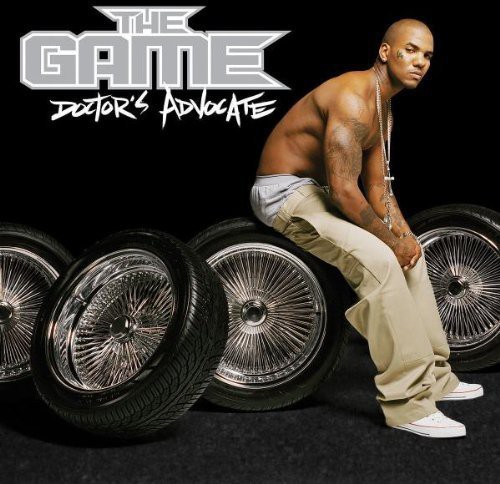 Doctor's Advocate
Artist: The Game
Format: CD
New: Not on Hand, Let us get it for you
Wish

Multi-platinum superstar The Game has the streets a-sizzling with his latest song,"It's Okay (One Blood),"the first taste from his upcoming album Doctor's Advocate. Advocate is the follow-up to his 2005 smash The Documentary"Hate It or Love It").

''Doctor's Advocate'' is the second studio album by West Coast rapper The Game. It was released on November 14, 2006 by Geffen Records. The album debuted at number one on the ''Billboard'' 200, making it The Game's second number one album. The album was produced by three producers from The Game's debut album—Kanye West, Just Blaze and Scott Storch—as well as newcomers like will.i.am and Swizz Beatz. A difference between his debut album, ''The Documentary'', and his second album is the absence of Dr. Dre. Although Dre does not appear on ''Doctor's Advocate'', The Game dedicated the album to him.

The Game made a point to prove that he could still make music, as he did on ''The Documentary'', without help from Dr. Dre or 50 Cent. Guests featured on ''Doctor's Advocate'' include Busta Rhymes, Kanye West, Nas, Nate Dogg, Snoop Dogg, Tha Dogg Pound, Jamie Foxx and Xzibit. - Wikipedia