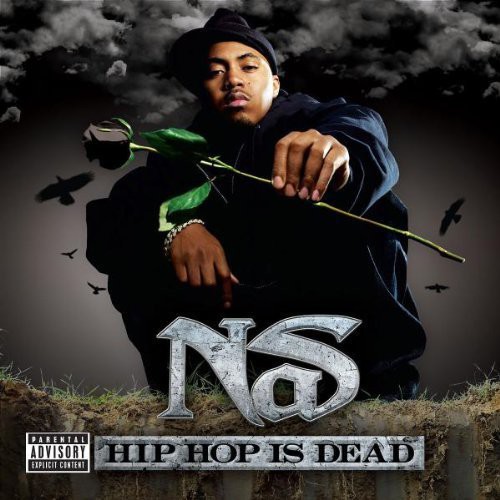 Hip Hop Is Dead
Artist: Nas
Format: CD
New: Not on Hand, Let us get it for you
Wish

One of the Greatest MCs to ever pick up a microphone, Nas has watched as his beloved hip-hop has gone from its innocent days of B-boy battles and lyrical sport to today's fake posturing and commercial excesses, and he's got something to say about it. Nas returns to his role as mentor and teacher, his legendary mic skills as sharp as ever and takes today's young rappers back to school.

''Hip Hop Is Dead'' is the eighth studio album by American rapper Nas, released December 15, 2006 on Def Jam Recordings. His first album for the label, it was co-financed by Nas's previous label, Columbia Records, which once distributed for Def Jam. The album's title was inspired by Nas's view of the music industry and the state of hip hop music at the time.

The album debuted at number one on the U.S. ''Billboard'' 200 chart, selling 355,880 copies in its first week. His third U.S. number-one album, it had sold 764,000 copies by November 2008. Upon its release, ''Hip Hop Is Dead'' received generally positive reviews from most music critics and earned Nas a Grammy Award nomination for Best Rap Album. - Wikipedia