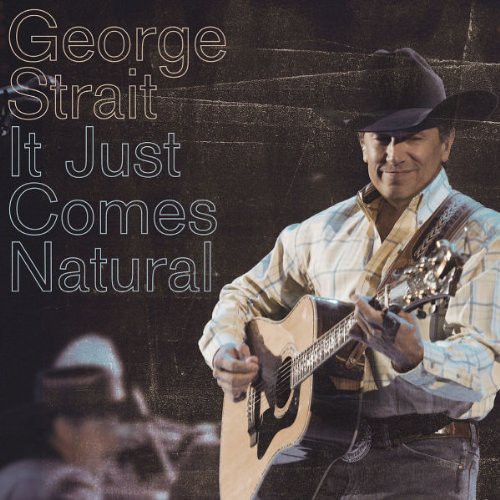 It Just Comes Natural
Artist: George Strait
Format: CD
New: Not on Hand, Let us get it for you
Wish

They don't call him the King of Country for nothing. With more than 62 million albums sold and an unprecedented 52 number ones, the title of his 34th release should come as no surprise. It Just Comes Natural hits stores October 3.

''It Just Comes Natural'' is the 24th studio album from country music singer George Strait. The album produced Strait's 41st Number One ''Billboard'' Hot Country Songs) hit in its lead-off single "Give It Away". Also released from this album were the title track (also #1 on Hot Country Songs), "Wrapped" (#2), and "How 'Bout Them Cowgirls" (#3). The album itself has been certified platinum by the RIAA. - Wikipedia

Would that the title weren't true-maybe if George had to sweat a little, he wouldn't have settled down so quickly into middle-of-the-road profitability. But he can still swing it Texas-style when he's got that itch