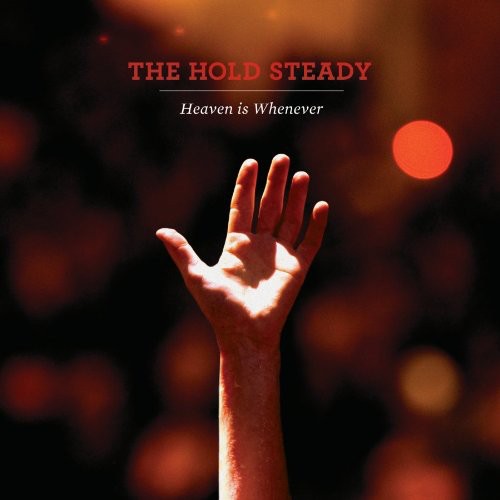 2010 album from the American Alt-Rock favorites. The album was produced by Dean Baltulonis and was recorded at Dreamland Recording Studios in Upstate NY and Wild Arctic Studios in Queens, NY. Singer Craig Finn says 'Heaven Is Whenever is about embracing suffering and finding reward in our everyday lives'. Piano and keys take a backseat to guitar on the new record, which also gets production help from guitarist Tad Kubler. Recorded in several smaller sessions spread out over a long period of time, the songs on Heaven Is Whenever received the benefit of being tested on the band's recent tours. As Finn says this allowed them to see what was working and what wasn't. Following the release of 2008's critically acclaimed Stay Positive, which gave the band it's highest Billboard chart position to date, The Hold Steady toured relentlessly, playing to some of their biggest audiences to date.

''Heaven is Whenever'' is the fifth studio album by The Hold Steady. It was released May 4, 2010, on Vagrant Records in the U.S. and May 3, 2010, on Rough Trade in Europe. The album's first single, "Hurricane J", premiered on Pitchfork Media on March 22, 2010. Regarding the album's lyrical content, vocalist and guitarist Craig Finn states that: "I kept saying [''Stay Positive''] was a record about trying to age gracefully. This record, I think actually ''was'' us aging gracefully. Some of the lyrics come from a place of a little more wisdom, being 38 and at this point having a lifetime in rock'n'roll."

''Heaven is Whenever'' debuted at #26 on The Billboard 200 with 23,000 albums sold in its opening week thus becoming the highest charting album by The Hold Steady. - Wikipedia