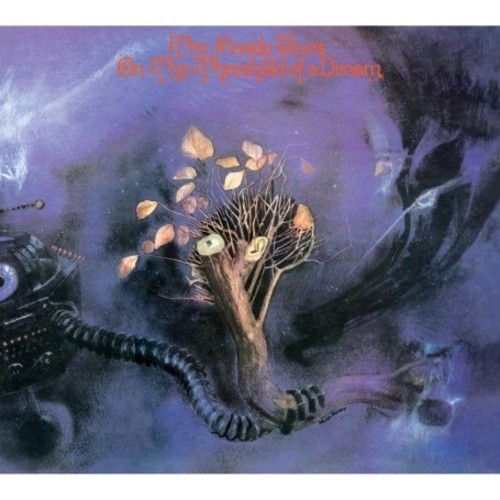 ''On the Threshold of a Dream'' is the third album by The Moody Blues' psychedelic era line-up and was released on the Deram label in 1969. It was their last album to be released by the band before they formed their own record label, Threshold, to be distributed by Decca Records.

Like the band's preceding two albums, ''On the Threshold of a Dream'' follows a concept. The album explores dreams, especially on the second side, which climaxes with the "Voyage" suite, inspired in part by Strauss' ''Also sprach Zarathrustra''. The piece, by Mike Pinder, features mellotron orchestration and flute. The album begins with a poem accompanied by electronic sounds, and similar sounds finish the album in the run-out groove of the disc, something CDs cannot re-create.

''On The Threshold of a Dream'' provided The Moody Blues with their first UK #1 album, and also increased their American fortunes by becoming their first Top 20 album there. The album also enjoyed lengthy stays in both album charts. Ironically, its one and only single, "Never Comes the Day", was a commercial flop.

In March 2006 the album was completely remastered into SACD format and repackaged with nine extra tracks.