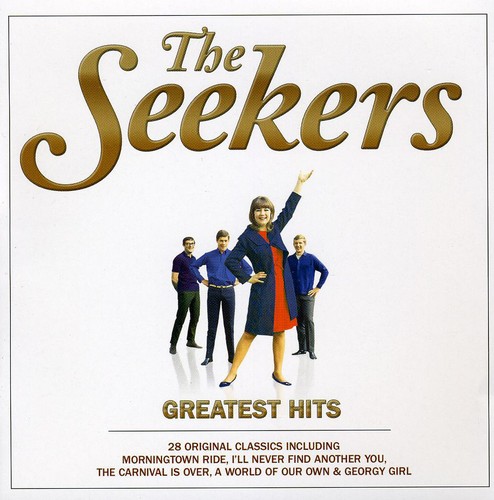 2009 collection from the Australian Folk/Rock quartet, one of the most popular bands in the UK in the mid-'60s. Selling millions of albums, and competing with the likes of the Beatles and the Rolling Stones in the charts, The Seekers' material runs from classic Pop to traditional Folk ballads along with covers of songs by Dylan, Bob Gibson, Paul Simon, Tom Paxton and John Phillips, among others. The Seekers' Greatest Hits includes an astonishing eight Top 20 singles, four of which debuted at #1, and reminds US why they were one of the most successful groups of the sixties. 28 tracks. EMI.