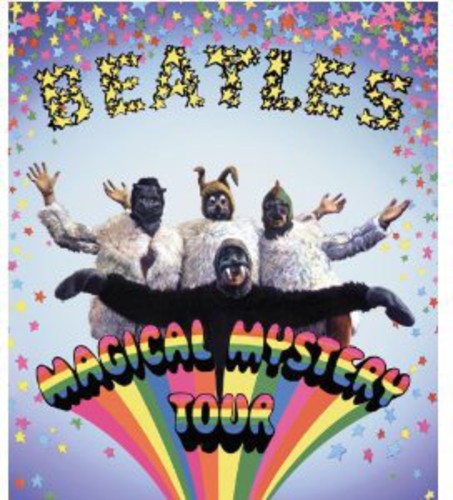 In September 1967 The Beatles embarked on making their third film, this time conceived and directed by themselves. Based on a loose unscripted narrative, in the spirit of the experimental mood of the time, and directed by The Beatles themselves, the film became the vehicle to present 6 new songs - Magical Mystery Tour, The Fool On The Hill, Flying, I Am The Walrus, Blue Jay Way and Your Mother Should Know. Now, 45 years on, the virtually forgotten film has been fully restored and is being presented properly for the first time.