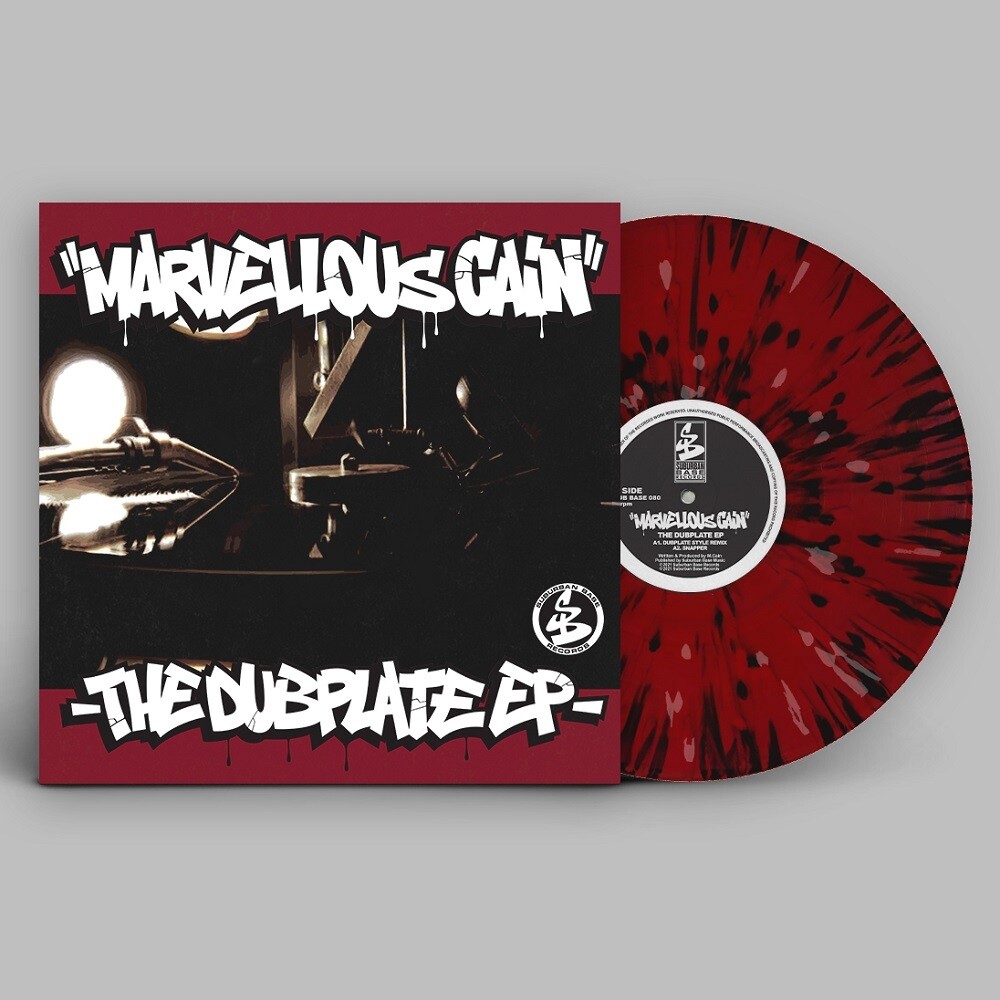 Dubplate
Format: Vinyl
New: Not on Hand, Let us get it for you
Wish

Suburban Base and Marvellous Cain assemble once again to bring a huge 4 track EP of Original Jungle material. Marvellous Cain, a producer synonymous with Jungle/DnB and best known for the massive tunes 'The Hitman' and 'Dub Plate Style' has remained a staple in every Junglist DJ's box for over 25 years. His legendary guest appearances on Kool London and his live shows at Boomtown Festival and the Kingston Carnival brought him enough attention to warrant a remix of Bob Marley's 'Jammin' alongside General Levy. Now Suburban Base is proud to present 'The Dubplate EP', which brings four of the most requested and rarest unreleased Marvellous Cain 'dubplate only' tracks together in a single release. Opening with the never before released VIP remix of 'Dubplate Style' which has only appeared in certain A-List DJ's sets, the EP brings absolute heat from start to finish. The super rare unreleased gem 'Snapper' brings more fire, with chopped Amen's and deep subs. Only ever promo'd and withdrawn means that it's one of the most sought after tracks in Drum & Bass and Jungle, and where those handful of copies have resurfaced they've traded for up to £150 on Discogs. 'Killer' with it's familiar ragga influences was again never given a full release only appearing as an album exclusive on the 1995 Telepathy Dub Plate Special project. And completing the package is 'Giness Punch' which only appeared as bonus tracks of the CD version of Marvellous Cains 1994 album and never got released on the vinyl format of that album. All of these tracks remained on dubplate and despite the huge demand for a full release remained exclusive to their project usages. None of these mythical tracks have ever had a digital release or full vinyl release... until now... from the vaults of Suburban Base we bring them all together on this killer EP from Marvellous Cain.