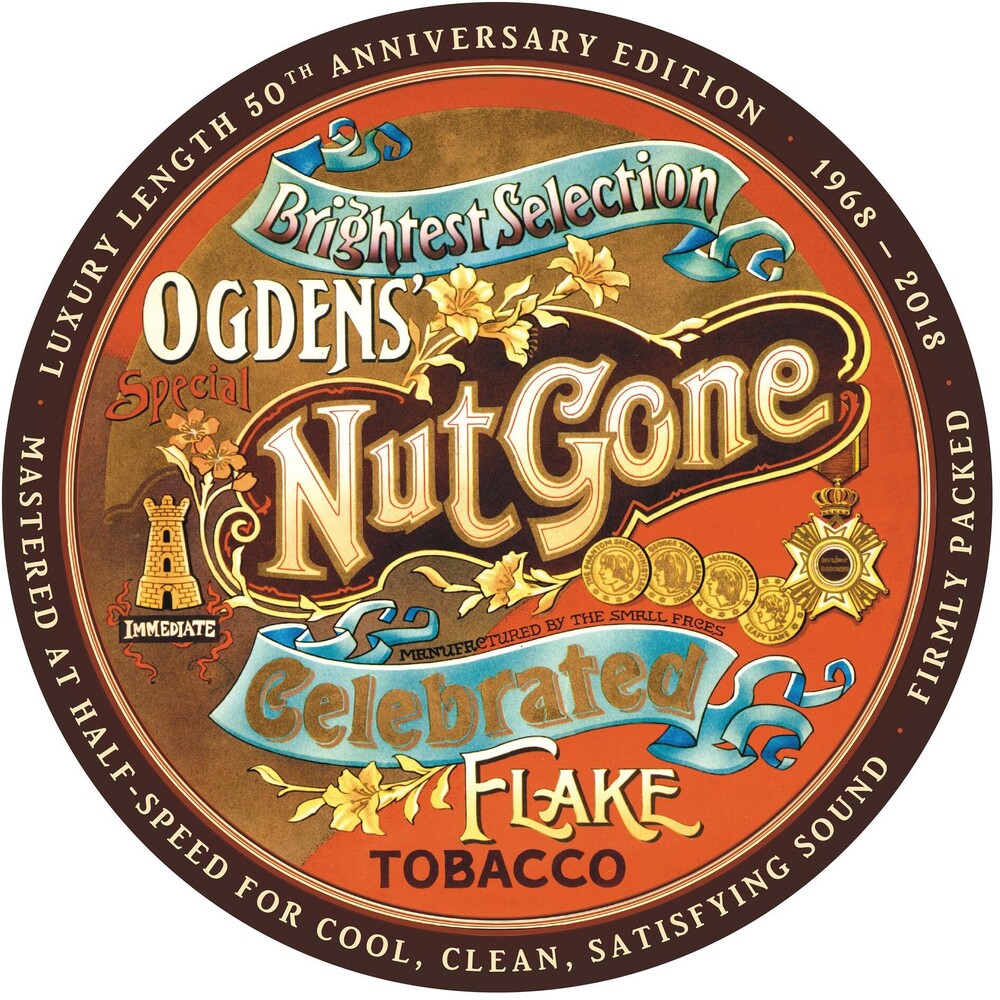 Ogdens' Nut Gone Flake (50th Anniversary)
Artist: Small Faces
Format: Vinyl
New: Not on Hand, Let us get it for you
Wish

Ogdens' Nut Gone Flake, recorded in late 1967 and early 1968 and released in the summer of '68, is The Small Faces' best-known and most successful work, topping the UK album charts. Alongside tracks such as "Lazy Sunday," "Afterglow" and "Rollin' Over," it contained a conceptual twist with the addition of the eccentric story of "Happiness Stan," narrated by Stanley Unwin. With the full co-operation of Kenney Jones and the late Ian McLagan, Charly Records launched a massive program of tape recovery and upgrading. Masters have been pulled in from all over the world, including Immediate label multi-tracks from the Kenney Jones and Charly Records archives.