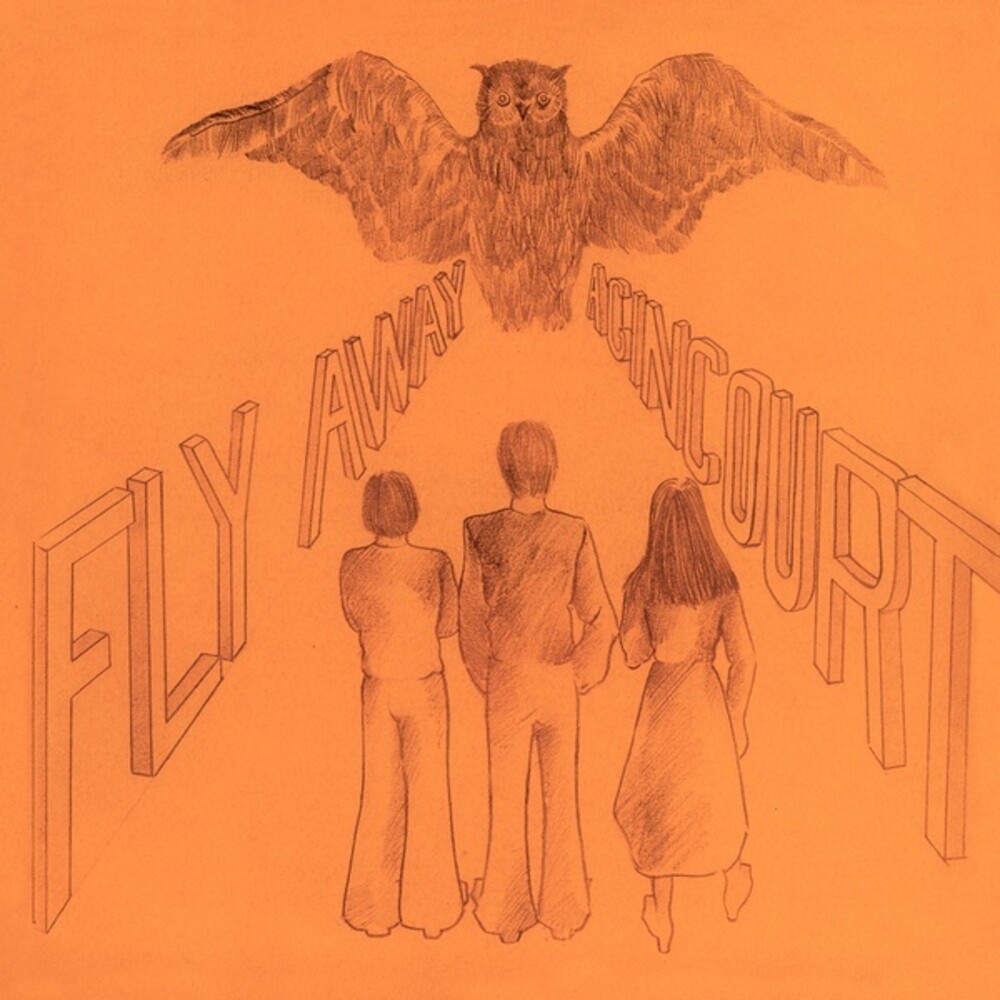 Fly Away
Artist: Agincourt
Format: Vinyl
New: Not on Hand, Let us get it for you
Wish

Vinyl LP pressing. Trading Places present a reissue of Agincourt's Fly Away, originally released in 1970. During the mid-1960s, deep in the Sussex countryside of southern England, aspiring musicians Peter Howell and John Ferdinando played in a few school bands before recording together in Howell's father's garage. Through Ferdinando's connections with a theater group, the duo created a musical companion for their production of Alice Through The Looking Glass, which the duo pressed privately; then, Fly Away, credited to Agincourt, was produced in a spare bedroom, an advertisement bringing Lee Menelaus, whose lilting voice provided a stirring female counterpart to theirs. Much of this psychedelic folk oddity has a quaint innocence fitting of the era and along with English folk-rock there are shades of pop, a touch of West Coast and even jazz in places. Pressed in minute quantity on another private press, original copies have been known to sell for £1500 or more; the duo continued recording, notably on work credited to Ithaca, before Howell became a full-time member of the BBC Radiophonic Workshop, where he notably worked on the Doctor Who theme.