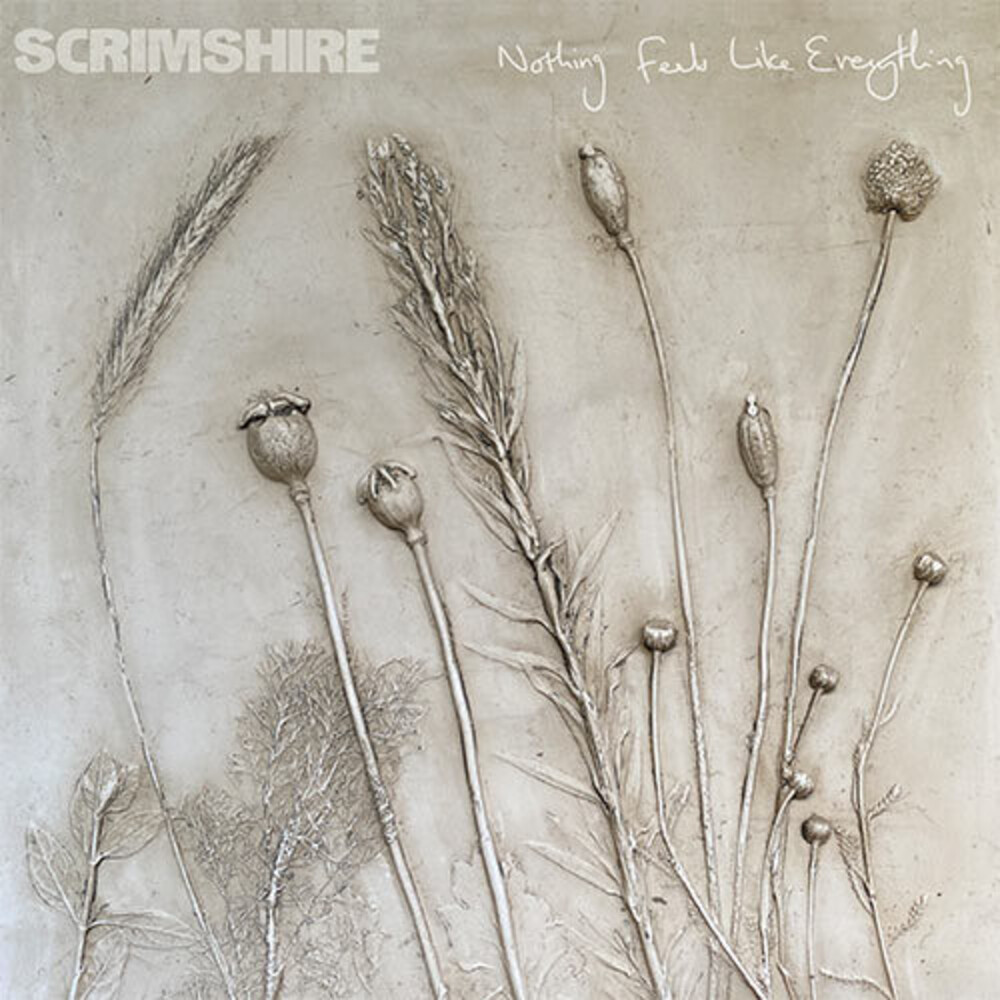 Nothing Feels Like Everything
Artist: Scrimshire
Format: Vinyl
New: Not on Hand, Let us get it for you
Wish

So many of us head back out into the world post-lockdown, with a different perspective on the overpowering nature of it. Nothing Feels Like Everything, looks deeply at how the absence of something can be just as overwhelming, whether the absence of physical contact, the absence of love, the absence of empathy and respect. This album places gentleness beside power and cacophony to recreate the vast swings of emotion experienced in isolation. When nothing can be too much, while at the same time, all we want. The sixth studio album from Scrimshire is an atmospheric and emotional experience. Moments of swirling orchestral energy perfectly countered by quiet, meditative calm. Moving string arrangements sit alongside delicate synthesiser-soaked rhythms. After huge collaborations with Emma-Jean Thackray, Omar, Georgia Anne Muldrow, Ego Ella May and many more on previous records, with only four vocal contributions this time, it is his most instrumental exploration to date. But those few vocal contributions are captivating. From the opening explosion of UK jazz and soul legend Cleveland Watkiss, with a powerfully clear call on behalf of the marginalised and oppressed in society to the deeply intimate and supportive incantations of Ursula Rucker. No word is wasted here. The record carries on a tradition of collaboration, with contributions from Jessica Lauren, Idris Rahman (Soothsayers, Wildflower, Ill Considered), Nat Birchall, Huw Marc Bennett, Miryam Solomon, Emanative and recent Albert's Favourites signing Pie Eye Collective. In fact, the phone calls that led to these songs are in many ways the power of it. Reaching out across long distances, through conversations to find meaning in difficult times, and then capture those feelings in music. The process being a therapeutic experience that is now present in the sounds. 'Throughout lockdown I've been writing so much, and when I released Believers Vol. 1 back in November, I'd wanted to bring people something that captured the warmth and hopefulness I think we needed despite deep political and cultural turmoil. But there were obviously very low moments, socially and personally and I was still capturing those too. This album holds more of those moments of loss and being lost, of solitary contemplation and meditation, of yearning, of anxiety. More than I've experienced before, the collaborations came through long and beautiful phone conversations, developing friendships with new people, rekindling and supporting older relationships, taking time and giving each other time, care and space to create. It's what makes this album special to me.' Previous Scrimshire albums have received much love from Jamie Cullum on BBC Radio 2 and extensively on BBC Radio 6 Music, with an 'Album of the Day' and support from Gilles Peterson, Mary Anne Hobbs, Huey Morgan, Stuart Maconie and Tom Ravenscroft. In addition to his own production work, Adam is co-owner of the Wah Wah 45s record label and has spent over a decade working with artists on delivering their creations to the world, as well as bringing his own ear and ideas to the studio with them, from Dele Sosimi to The Milk. After founding his own label Albert's Favourites five years ago, Scrimshire has expanded that work to more electronic musicians like Hector Plimmer and Pie Eye Collective as well as mixing records for Ronin Arkestra and Huw Marc Bennett. His ear for new artists and involvement in realising their ambitions has made him a valuable part of the London music scene for over 15 years.
back to top