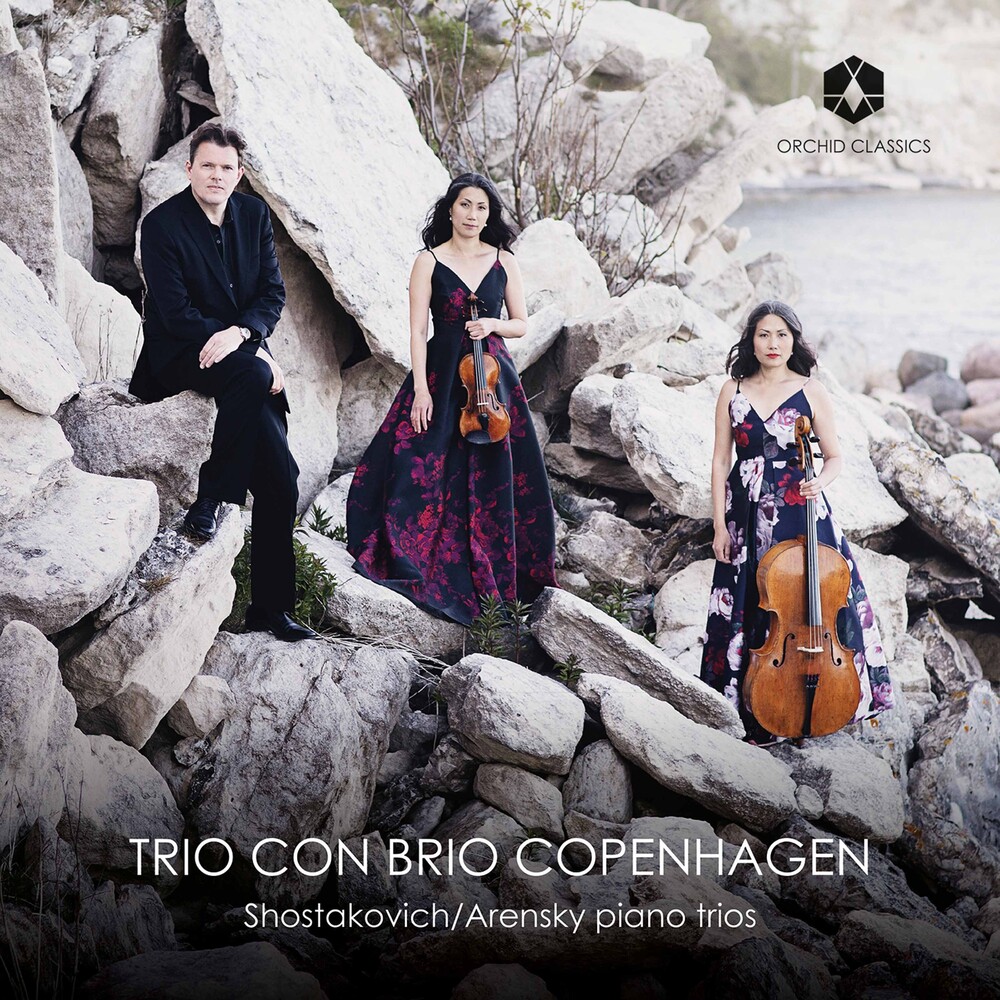 Trio con Brio Copenhagen returns to Orchid Classics with a triptych of Russian piano trios: two works by Shostakovich framing music by Arensky. These Russian composers lived through turning points in their country's history. Arensky died in 1906, the year in which Shostakovich was born, and their output charts the trajectory of Russian and Soviet political and artistic history during those years. Arensky's ardent Piano Trio No.1 was written in 1894, when Russian Romanticism was at it's peak. Inspired by young love, the 17-year-old Shostakovich wrote his Piano Trio No.1 PoĂ¨me in 1923 in Petrograd (St. Petersburg), finding expression for strong personal emotions via a musical language influenced by film scores. Just over 20 years later, in 1944, Shostakovich wrote his Piano Trio No. 2. By making use of Jewish music for the first time, he gave the greatest tragedies of the age a voice, while at the same time creating a music that displays an irrepressible spark of life. "... both explosive and exquisitely intimate" (The Strad) "... an excellent performance all round, showcasing an airtight ensemble, but also these Danish-based musicians' flair for coloristic detail." (Gramophone)
back to top