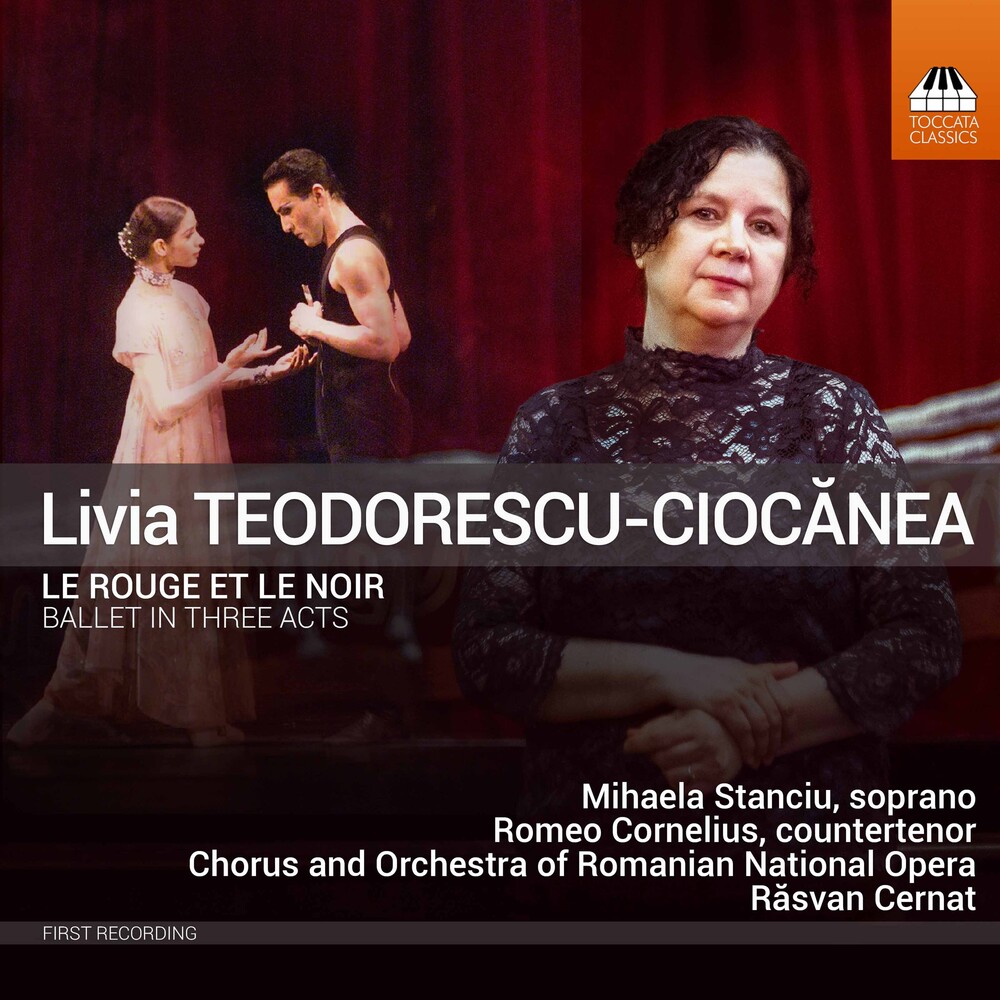 Le rouge et le noir, the pioneering psychological novel by Stendhal published in 1830, has had a number of adaptations on film but surprisingly few treatments in music. This three-act ballet, premiered in 2000, by the Romanian composer Livia Teodorescu-Ciocanea (b. 1959), rectifies that omission in the grand manner. The atmosphere is dark and passionate, as the novel requires, and the musical language reflects the remarkable tradition of Romanian modernism that emerged in the second half of the twentieth century from the music of Enescu - a distinctive soundworld that blends rich timbral colour with deep roots in Romanian folk-music.