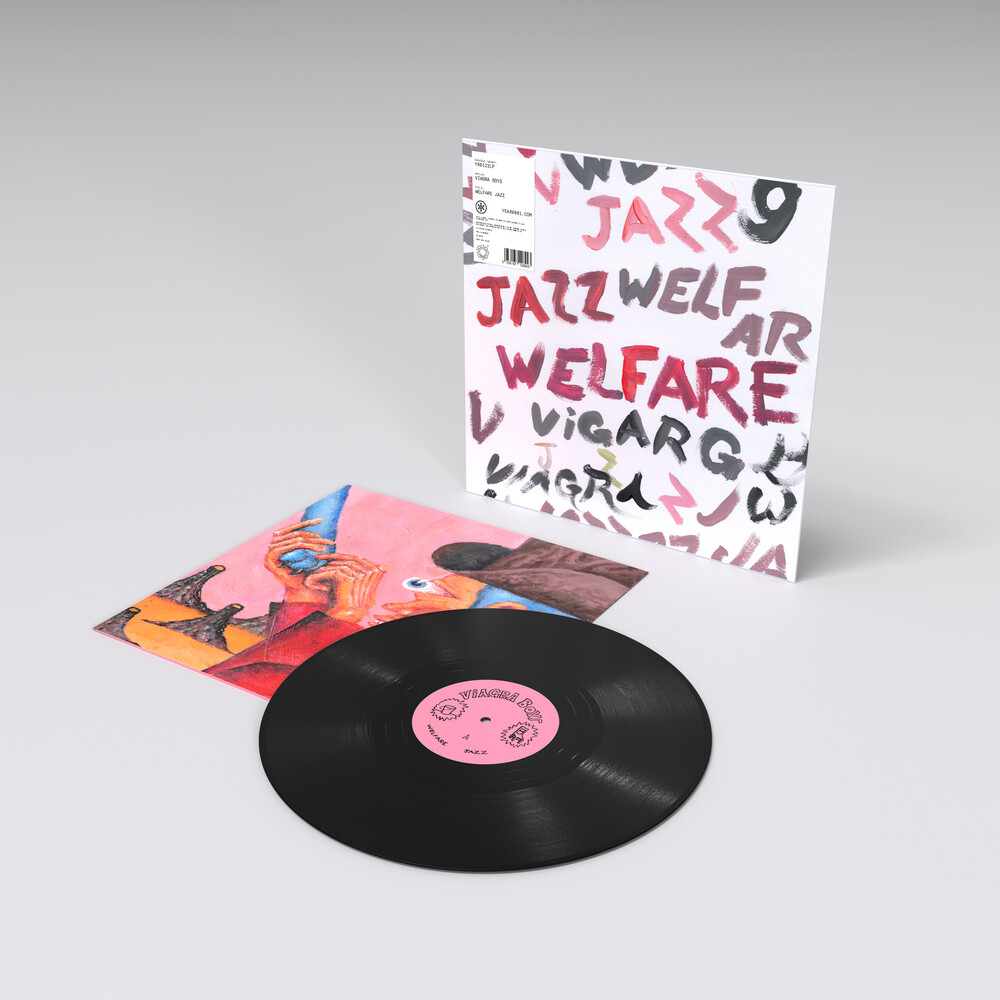 Vinyl LP pressing. 2021 release. Since their founding in 2015, Swedish post-punk band Viagra Boys have made a name for themselves burning up stages around the world. There's a little Iggy Pop spit and seethe, a David Yow drunken stumble, and a bite of Nick Cave's haunted bark. Add a dash of motorik groove, a pinch of post-punk grime, and a dose of no wave howl. Welfare Jazz doesn't bargain with the anxiety in that defeated feeling, but rather a boiling certainty that nothing and no one is absolute. There's plenty of blame to go around, and things are just a lot more interesting when you admit that you're not always going to be nice, you're not always going to pick the right words in a fist-fight. So why not keep moving forward, swaying and strutting into the night.