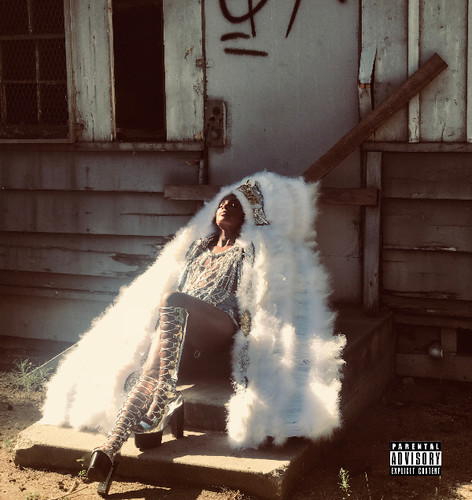 New Breed
Artist: Dawn
Format: CD
New: Not on Hand, Let us get it for you
Wish

Following her acclaimed trilogy of solo albums, electronic R&B innovator DAWN (formerly Dawn Richard) returns with new breed, a new album-length project that dates back to her upbringing in New Orleans, taking in the city's rich traditions and musical heritage. After releasing an initial taste of the album through the slow burning R&B of "jealousy", today sees DAWN drop the album's second single and title track. A self-produced return to the electronically-focused sonics of her previous solo work, new breed is an authoritative stamp on the genre in her own unique fashion. Set across ten tracks, the album provides the most intimate portrait of DAWN's life so far, harking back to her years growing up in New Orleans and paying tribute to the city's culture, sights and sounds. Presenting a duality between the more soulful sounds of the city's more traditional forms of R&B and DAWN's own innovative brand of electronic sonics, new breed sees DAWN at her most eclectic, drawing on a wide range of influences and, alongside contributions from the likes of Cole M.G.N (Christine & The Queens, Ariel Pink), Kaveh Rastegar (John Legend, Sia), and Hudson Mohawke, has been largely self-produced. Driven by innovations in tech as well as music, in 2016 DAWN became the first ever artist to perform live in 360 degrees on YouTube, partnered with Wired for the release of an award-nominated virtual reality version of her single "Not Above That", and joined Adult Swim as a curator and designer. Her last album Redemption (LOC 010CD/LP, 2017) went top 5 in the Billboard Dance Charts, and saw her subsequently collaborate with Dirty Projectors, Kimbra, and Mumdance on a series of singles. Live, Dawn has spent the Autumn of 2019 touring with her former Danity Kane band-mates as well as Kimbra, and performed at Adult Swim's festival. With new breed, DAWN has further set herself apart as one of R&B's true iconoclasts, merging styles and metamorphosing them to her own style to create one of the most important, culturally relevant projects of recent times. Increasingly carving her own lane in the landscape of contemporary music, DAWN is writing her own legend; one that those after her have no choice but to follow.