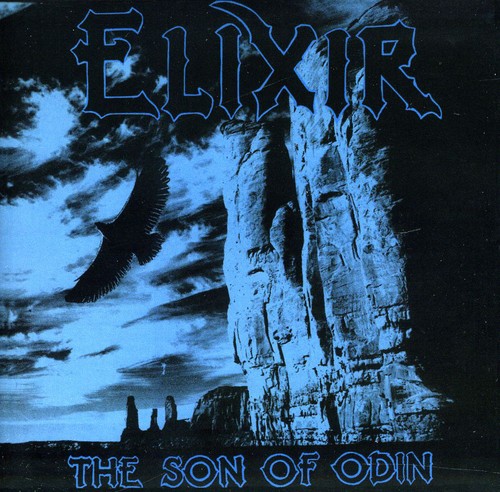 Son of Odin: 25th Anniversary Edition
Artist: Elixir
Format: CD
New: Not on Hand, Let us get it for you
Wish

This is the 25th Anniversary Edition of Elixir's 1986 debut album 'The Son of Odin', remastered with bonus tracks including the previously unreleased BBC Friday Rock Show session. The CD comes with a full colour 12 page booklet containing lyrics, pictures and liner notes. 'The Son of Odin' has received much praise over the years (voted one of the 'Top 20 Power Metal Albums of All Time' alongside such bands as Judas Priest and Helloween in UK's Terrorizer Magazine, and 'Classic Album of the Month' in April 2010's issue of Sweden Rock Magazine. Originally released on 12' vinyl, there have been three re-issues on CD over the years which have all sold out and become collector's items. This latest anniversary edition, on the band's own CTR label, is the perfect opportunity for the band to lovingly put together a special release to celebrate the albums 25th birthday. Having released one 7' vinyl single, 'Treachery (Ride Like The Wind)' in 1985, Elixir were originally written off by journalists as sounding like Iron Maiden, due to the single's twin harmony guitar attack, reminiscent of Maiden. However, the debut album gave the band the opportunity to display a wider range of influences and styles such as Black Sabbath, UFO, Deep Purple, Thin Lizzy, Michael Schenker and Rainbow. In his Kerrang! Magazine review of 'The Son of Odin', Paul Miller remarks on the Maiden similaraties and also the variety of other styles displayed when he wrote ' 'Treachery (Ride Like The Wind)', the band's single, appears re-recorded here and actually sounds more like Maiden than the old version, if such a thing is possible. It's slick, meaty, catchy and those bloody guitars are still dancing around my brain a week later. 'Son of Odin', on the other hand, is a different proposition - slow, moody and melodic, the kind of 'epic' number that would easily slot in between 'Ritchie Blackmore's Rainbow' and 'Rising' '. Elixir were fortunate enough to receive favourable reviews world-wide for 'The Son of Odin' and it remains the benchmark for which future releases are compared, as well as being the band's most popular and best selling album. Elixir disbanded in 2012, but songwriters Paul Taylor and Phil Denton continue to work together with their great new band Midnight Messiah. Continuing in the same style as Elixir, Midnight Messiah's debut album 'The Root of All Evil' has been receiving rave reviews, and can be previewed and bought here at CD Baby.
This website uses cookies to personalize content and analyse traffic in order to offer you a better experience.
I accept Learn More
back to top