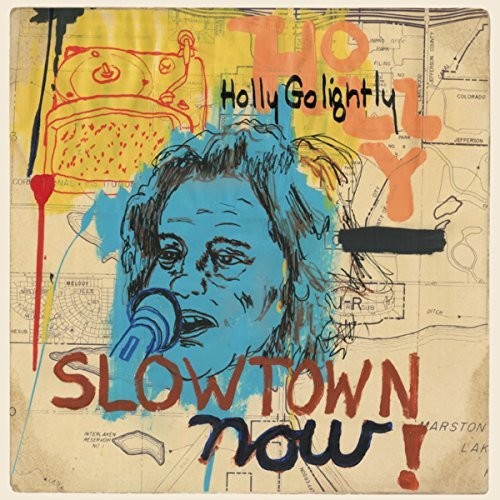 Slowtown Now! [Vinyl]
Artist: Holly Golightly
Format: Vinyl
New: Not on Hand, Let us get it for you
Wish

Though 2008 saw London-born singer Holly Golightly relocate from the Medway delta to the southern state of Georgia, USA, in late 2014 she returned to England to record Slowtown Now! at London's Gizzard Recording with Ed Deegan at the controls. Golightly first came to musical prominence as a member of Thee Headcoatees, a Billy Childish/Thee Headcoats all-girl splinter group, in 1991. Four years later she broke away from the garage punk scene with the release of her debut solo album The Good Things, which featured a mix of folk, early electric blues, and '60s-beat-influenced rock 'n' roll.

It's a template that she's honed over the course of 13 solo albums, along the way impressing such celebrity fans as Jim Jarmusch (her track "Tell Me Now So I Know" was featured as the main title theme in his 2005 film Broken Flowers) and Jack White, who duetted with Golightly on "It's True That We Love One Another," the final track on the classic White Stripes album Elephant (2003). Though her last solo album was released in 2004, Golightly has been busy as half of blues/Americana duo Holly Golightly & The Brokeoffs (The Brokeoffs being multi-instrumentalist Lawyer Dave). The pair have released a string of well-received albums and undertaken many tours on both sides of the Atlantic. Slowtown Now! features 12 songs that will please fans old and new alike performed by the perfect Holly Golightly band line-up of Bruce Brand (drums), Matt Radford (double bass), Ed Deegan (guitar), and Bradley Burgess (guitar).