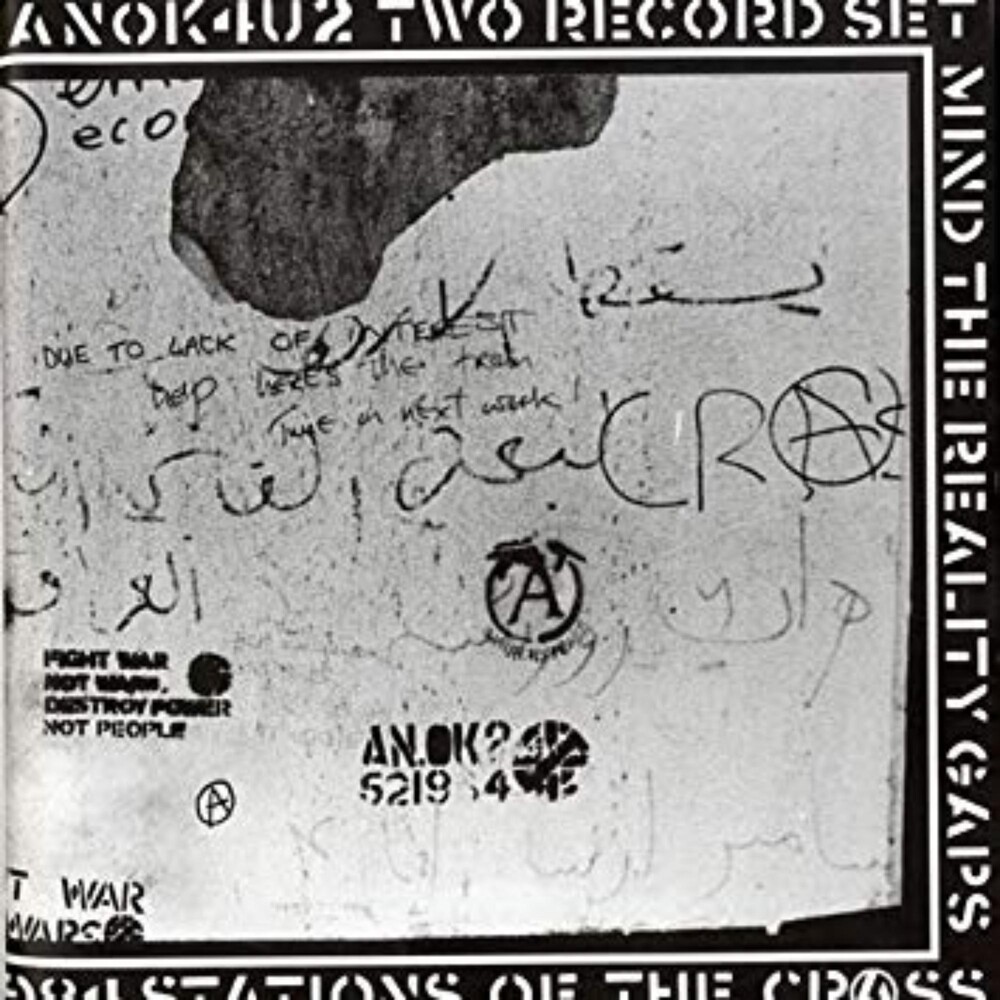 Stations Of The Crass
Artist: Crass
Format: Vinyl
New: Not on Hand, Let us get it for you
Wish

Vinyl LP pressing. "Crass were the missing link between counterculture hippies and punk's angry rhetoric. The fact they got so big with no radio play and music so uncompromising is testament not just to their communication skills, but also to their generation's willingness to experiment. The band released a series of records that spliced art-school (in the best possible way), avant-garde collage with white-heat, punk-rock anger. "When Crass got mad, they got really mad, and they were ranting and raving at the UK during a mean and miserable time, when Labour buckled and Thatcher took over. The music of Crass can only properly be understood in this context - the decaying nation, state brutality, the miners' strike, the Falklands war, and the death of 60s idealism. Sadly, we're living through similar times now. Are we too cynical to create an answer like Crass did?" - The Guardian