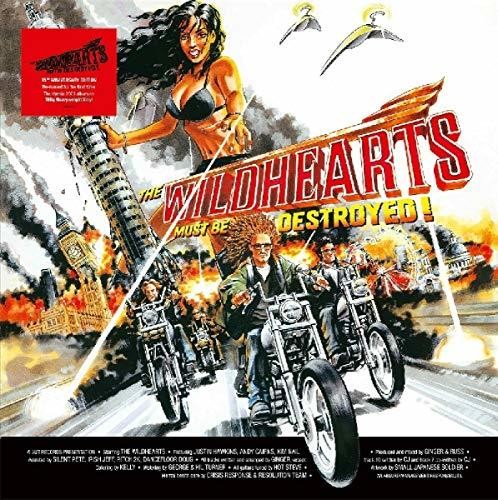 Limited colored vinyl LP pressing. The Wildhearts Must Be Destroyed is a 2003 album by The Wildhearts. The album's title makes reference to 1969 horror film Frankenstein Must Be Destroyed. The album was the first new studio release since The Wildhearts broke up in 1997 and reformed in 2001. Rumours indicated that the album would feature the same line-up as the 1993 album Earth vs the Wildhearts, and that line-up did indeed reform in 2001, but bassist Danny McCormack dropped out and entered rehab just prior to the recording of the album.