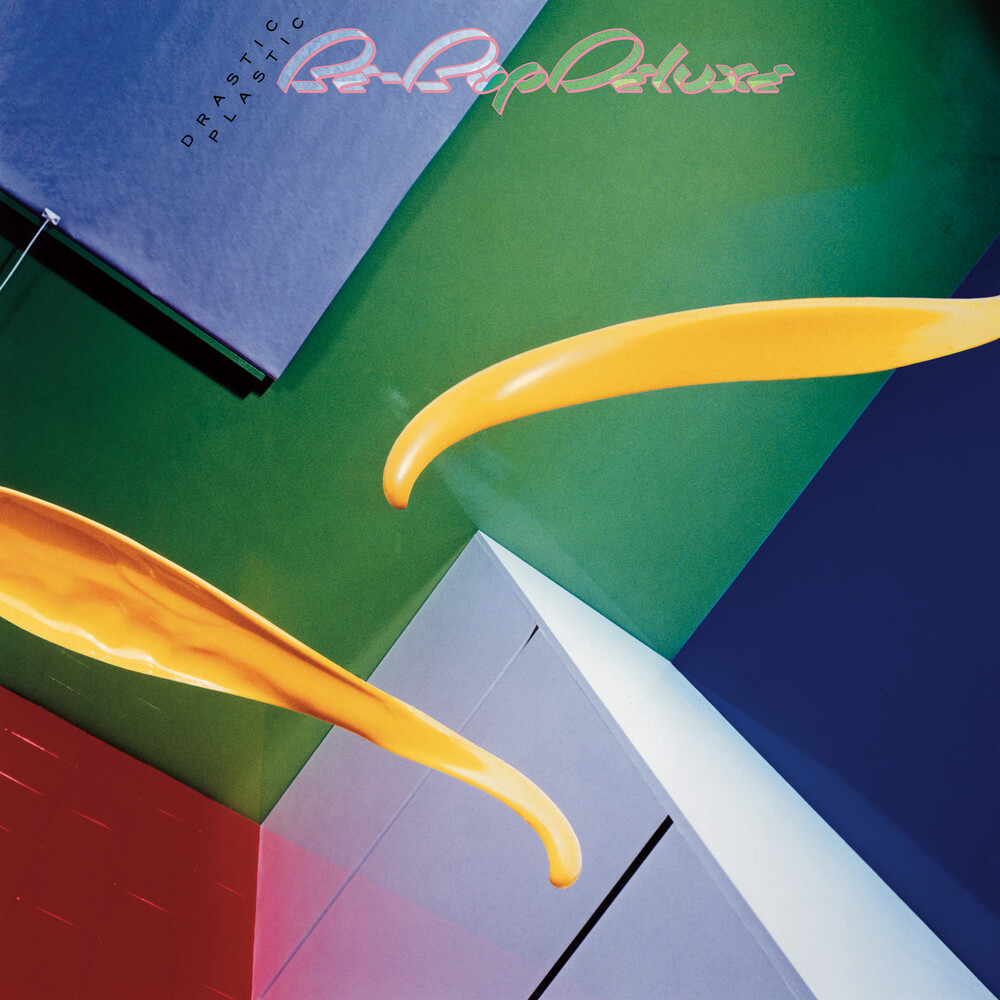 Drastic Plastic (4CD+DVD)
Artist: Be Bop Deluxe
Format: CD
New: Not on Hand, Let us get it for you
Wish

Esoteric Recordings is proud to announce the release of a new re-mastered six-disc deluxe expanded boxed set limited edition (comprising 4 CDs and two NTSTC - Region Free DVDs) of "Drastic Plastic" the classic 1978 album by BE BOP DELUXE. "Drastic Plastic" would be the final Be Bop Deluxe album and was recorded in the summer of 1978 in the South of France at The Villa Saint Georges, Juan-les-Pins, utilising the Rolling Stones mobile studio, with final sessions taking place at The Manor Studio and Abbey Road Studios. The record saw BILL NELSON (vocals, guitars, keyboards), CHARLES TUMAHAI (bass, vocals), ANDY CLARK (keyboards) and SIMON FOX (drums) venture into new musical styles, with the album being ground-breaking in it's move to more "art rock" and "new wave" influences. In many ways it can be seen as the signpost to where Bill Nelson would head with his RED NOISE project with a desire to continue to progress as an artist by pushing musical boundaries. Co-produced by BILL NELSON and JOHN LECKIE, "Drastic Plastic" was another hit album in both the UK and the USA and featured such classic material as 'Electrical Language', 'Panic in the World', 'New Mysteries', 'Islands of the Dead' and 'Surreal Estate'. The recording sessions produced many more tracks which would appear as singles (such as Japan) and others that were originally planned for release as an EP set ('Autosexual', 'Lovers are Mortal', 'Speed of the Wind', 'Quest for the Harvest of the Stars', 'Face in the Rain'), all of which eventually appeared on the retrospective compilation The Best of & the Rest Of... later in 1978. This expanded deluxe reissue has been newly re-mastered from the original master tapes and features an additional 88 tracks, (43 of which are previously unreleased), drawn from stunning new 5. 1 surround sound & stereo mixes from the original multi-track tapes by award winning engineer Stephen W. Tayler, previously unreleased out-takes from the album sessions, a BBC Radio John Peel Show session from January 1978, along with a CD of Bill Nelson's previously unreleased demos for the album, "A Feeling of Playing". Also included is an additional DVD featuring Be Bop Deluxe in the South of France, (a collection of Bill Nelson's 8mm home movies shot whilst recording "Drastic Plastic") and the band's Sight & Sound In Concert performance for BBC TV from 1978. Another highlight of this limited-edition boxed set is the lavishly illustrated 68-page book with many previously unseen photographs and an essay of recollections by Bill Nelson. Additionally, the set includes postcards and a replica poster. This special deluxe limited-edition boxed set of "Drastic Plastic" is a fitting tribute to the creative vision of Bill Nelson and the musicianship of Be Bop Deluxe.
This website uses cookies to personalize content and analyse traffic in order to offer you a better experience.
I accept Learn More
back to top