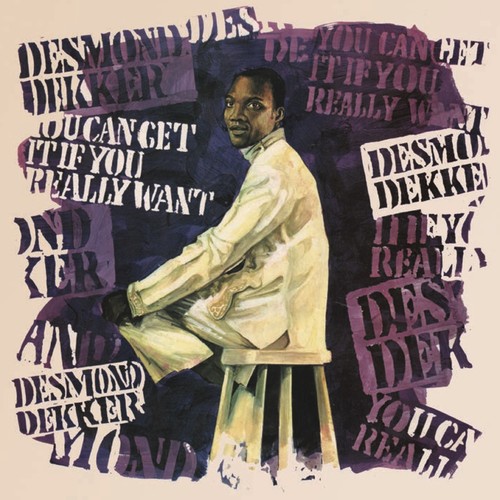 You Can Get It If You Really Want
Artist: Desmond Dekker
Format: CD
New: Available to Order $21.00
Wish

Digitally remastered and expanded edition. Soon after Desmond Dekker's 'You Can Get It If You Really Want' had climbed to #2 in UK's pop chart in summer of 1970, Trojan released an album of the same title, which quickly became one of the company's biggest ever selling long players. Yet, despite it's popularity, the LP has, until now, remained unavailable on CD. At long last, the oversight has been addressed with this long overdue set, which is augmented by 11 bonus tracks comprising Dekker's complete early 1970s output for Creole Records. Including three major UK chart hits in 'You Can Get It If You Really Want', 'Pickney Gal' and 'Sing A Little Song' this is a must for all fans of the much-missed singer-songwriter and of classic reggae sounds.