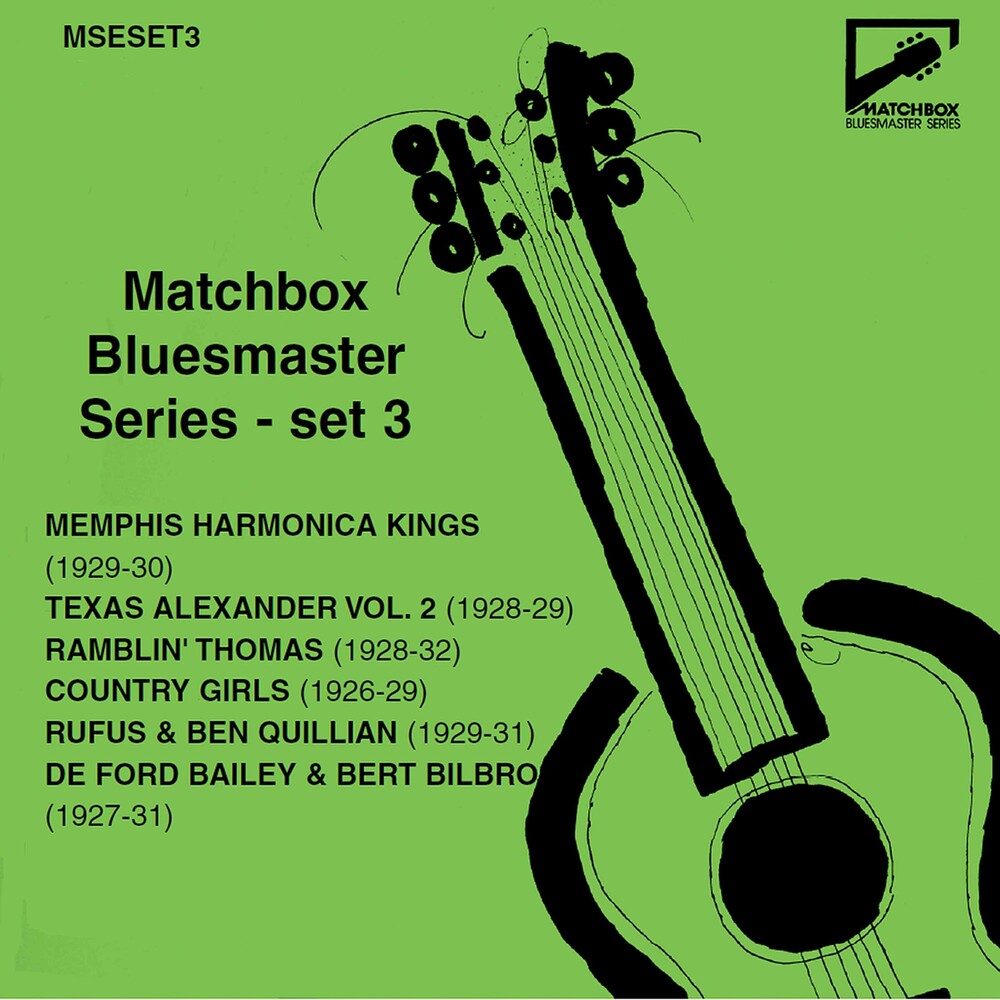 Matchbox presents Volume 3 of the new release of the iconic Matchbox Bluesmaster LP series from the 1980s with extensive notes from world authority on the blues, Paul Oliver. This third set of 6 albums features the second volume of the music of Texas Alexander who was a prolific and popular singer. Volumes 3 and 4 will appear on later sets in the series. Female blues singers were all but absent on the first two sets and this is made good on the present set with an album of four outstanding "Country Girls". For lovers of blues harmonica ("harp" in blues-speak) the set starts and ends with albums demonstrating the endless skills of these early players. One of the most outstanding guitarists of his day was Ramblin' Thomas who accompanies himself on these exceptional performances. The remaining album is of the good time hokum music of Rufus and Ben Quillan which nicely balances the music of the other albums.