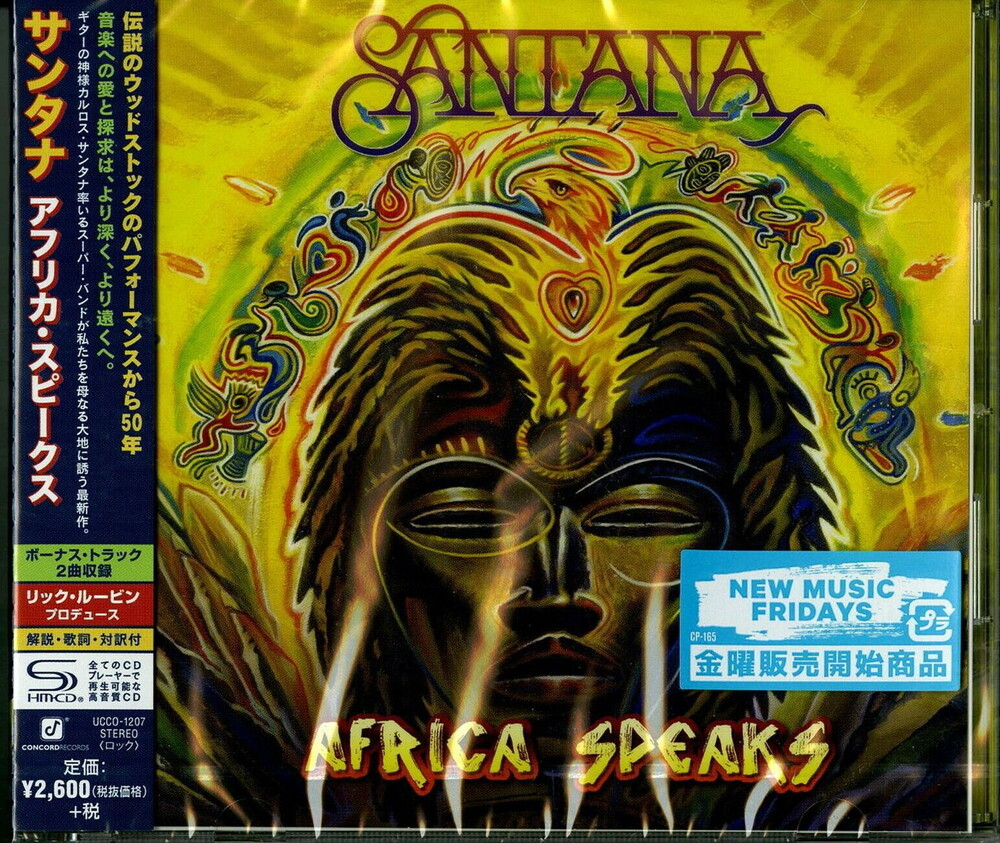 Africa Speaks [Import]
Artist: Santana
Format: CD
New: Not on Hand, Let us get it for you
Wish

Japanese SHM-CD pressing of his 2019 studio album. Produced by Rick Rubin. In December 2018, the Rock & Roll Hall Of Famer revealed that he recorded several songs over the course of 10 days with Rubin at the producer's Shangri La Studios in Malibu. The album was recorded by an eight-piece Santana lineup that includes Carlos' wife, drummer Cindy Blackman Santana. Universal. 2019.