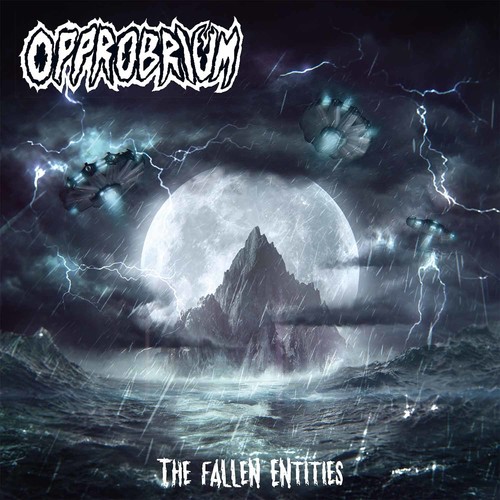 Legendary New Orleans' Death Metal masters OPPROBRIUM, the band and creators that brought you the worldwide critically acclaimed albums such as 'Serpent Temptation', 'Beyond The Unknown, 'Discerning Forces and 'Mandatory Evac' has signed a worldwide deal with the Germany-based label High Roller Records and will release their new album entitled 'The Fallen Entities', which is scheduled for a worldwide release on February 22, 2019, on LP, CD and Digital. 'The Fallen Entities', the fifth studio album by OPPROBRIUM to be released via High Roller Records is the brand-new album by this world renowned legendary death / thrash metal pioneers brothers Francis (Guitars, Vocals) and Moyses M. Howard (Drums) in 10 years, since the release of 'Mandatory Evac' in 2009, and it's described by the band's riff master / vocalist Francis as; "One of the most ambitious albums that we've ever written". Lyrically Opprobrium's 'The Fallen Entities' will take you into a distant past to a present reality, and musically the band's songwriting goes to a new technical level and complex song structures that the band is known for along with numerous tempo changes. Opprobrium once again raised the bar with their soon to be release epic death / thrash metal album 'The Fallen Entities'. So get ready, Opprobrium is back!