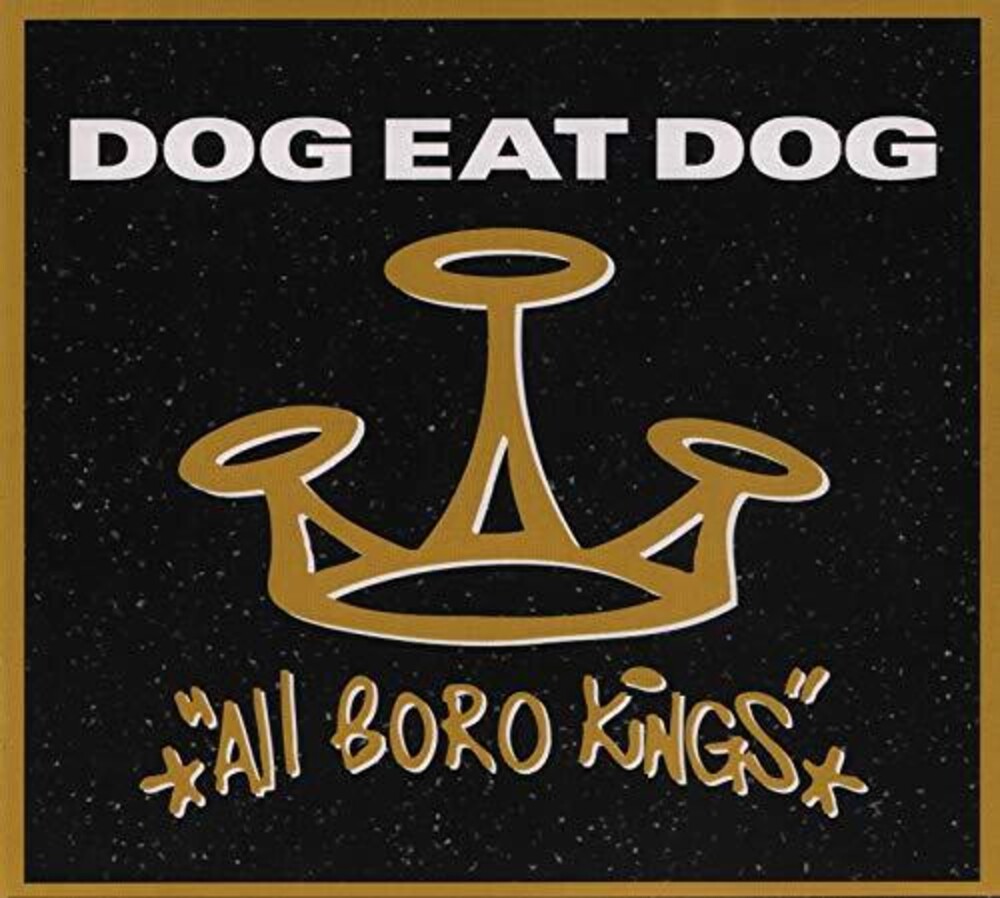 All Boro Kings
Artist: Dog Eat Dog
Format: Vinyl
New: Not on Hand, Let us get it for you
Wish

Twenty-five years ago, Dog Eat Dog from New Jersey were able to set a milestone in the then still young crossover genre with her debut album. "All Boro Kings" received a lot of attention from fans and critics. With "No Fronts" the album also claimed a club hit that is still popular to this day. Just in time for the anniversary, the album appears for the first time in DigiPak with 2 bonus tracks from the rare "Warrant" EP as well as exclusive liner notes of the musicians. Parallel to the reissue of the album a live CD / DVD "All Boro Kings Live" with recordings from the summer of 2019 will be released.