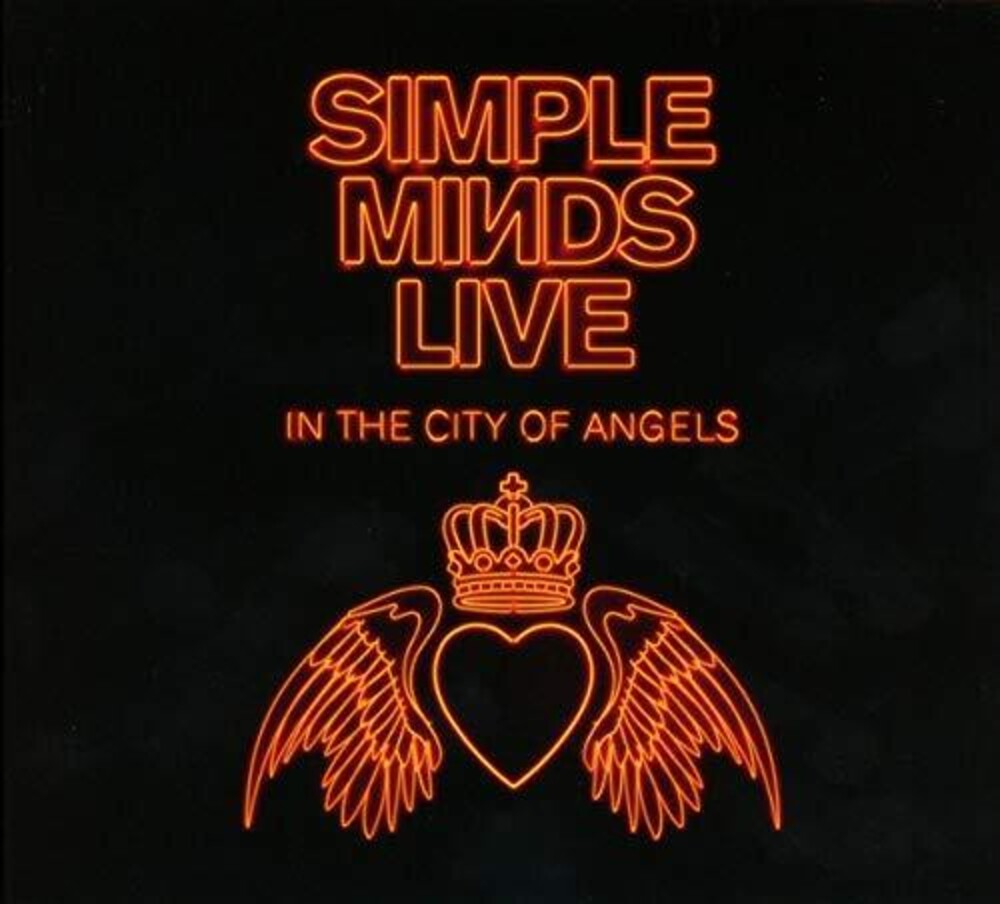 Live In The City Of Angels
Artist: Simple Minds
Format: CD
New: Not on Hand, Let us get it for you
Wish

Following the huge acclaim of 2018's Walk Between Worlds album ("The band's best album in decades" - Sunday Times), continuing their recent spectacular renaissance, while also building on their reputation as one of the world's great live acts, Simple Minds traveled to North America to undertake their first coast to coast tour in over two decades. Taking in 31 cities, both critics and fans unanimously agreed that it was the bands most successful US tour to date. Referencing their first live album, 1987's Live In The City Of Light, this new live collection once again finds Simple Minds 30 years later scaling the heights of those dizzy days, selling more tickets year by year, as each new generation discovers the phenomenal live power of the band. Simple Minds were greeted by an excitement stateside they'd not experienced since their imperial phase in the mid-1980s. Nowhere was this passion captured better than on a recording of their performance at the Orpheum Theatre, Los Angeles on October 24, 2018.