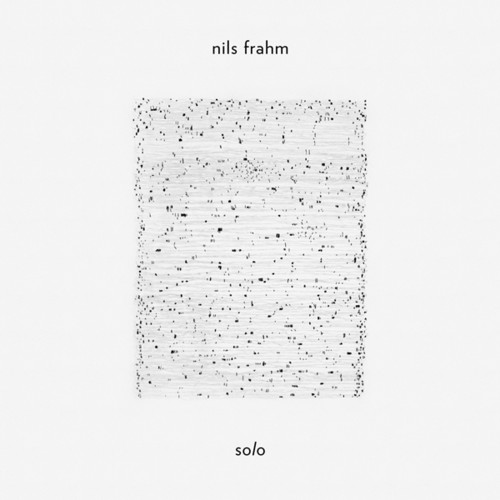 Solo
Artist: Nils Frahm
Format: CD
New: Not on Hand, Let us get it for you
Wish

Berlin-based composer and pianist Nils Frahm celebrates the first annual Piano Day (March 29, 2015, the 88th day of the year) with the release of Solo. The group behind Piano Day, made up of Frahm and his closest friends, plans to support various exciting, piano-related projects; the first of these is the building of the world's tallest piano, the Klavins 450. As the life-long dream of David Klavins, it will exceed the current record-holder, the Klavins M370. Located in Tübingen, Germany, the M370 weighs 1.8 tons, stands 12.14 feet tall, and boasts strings up to about 10 feet in length. It was on this piano, in one sitting, that Frahm recorded the eight improvised piano motifs that form Solo. Once recorded, Frahm began to think of ways to release the album as a gift to his fans, and came up with Piano Day. Solo was made available as a free download on Piano Day 2015, as a way of easing Frahm's fans into sharing their money for the Klavins 450 project. All direct donations and a portion of all record sales will go to the Klavins 450 project until the target has been hit. In his liner notes for the album, Frahm writes, "David got to work in 1985 and finished his instrument two years later. Back then I was five years old, with no idea of how much I would fall in love with it. When I finally met David Klavins and his enormous piano 27 years later, in the very beginning of 2014, I arrived with empty hands. I didn't know what music, what songs I was about to record in the next three days... The eight pieces featured on this album were selected out of hours of improvising, happy hours... The joy of playing and listening to the sound of the instrument made me play slower and slower, softer and softer, as if almost every new note was destroying the immense beauty and sustain of the previous note. I was preparing the instrument with parts of my felt collection, carefully tuning mic positions with the help of my dear friend and recording gear wizard Matthias Hahn, and simply playing whatever came to my mind. In conversations about this I am still struggling for words in order to praise David's instrument. Words simply don't do it justice, so listen for yourself. With lots of love, Nils Frahm."