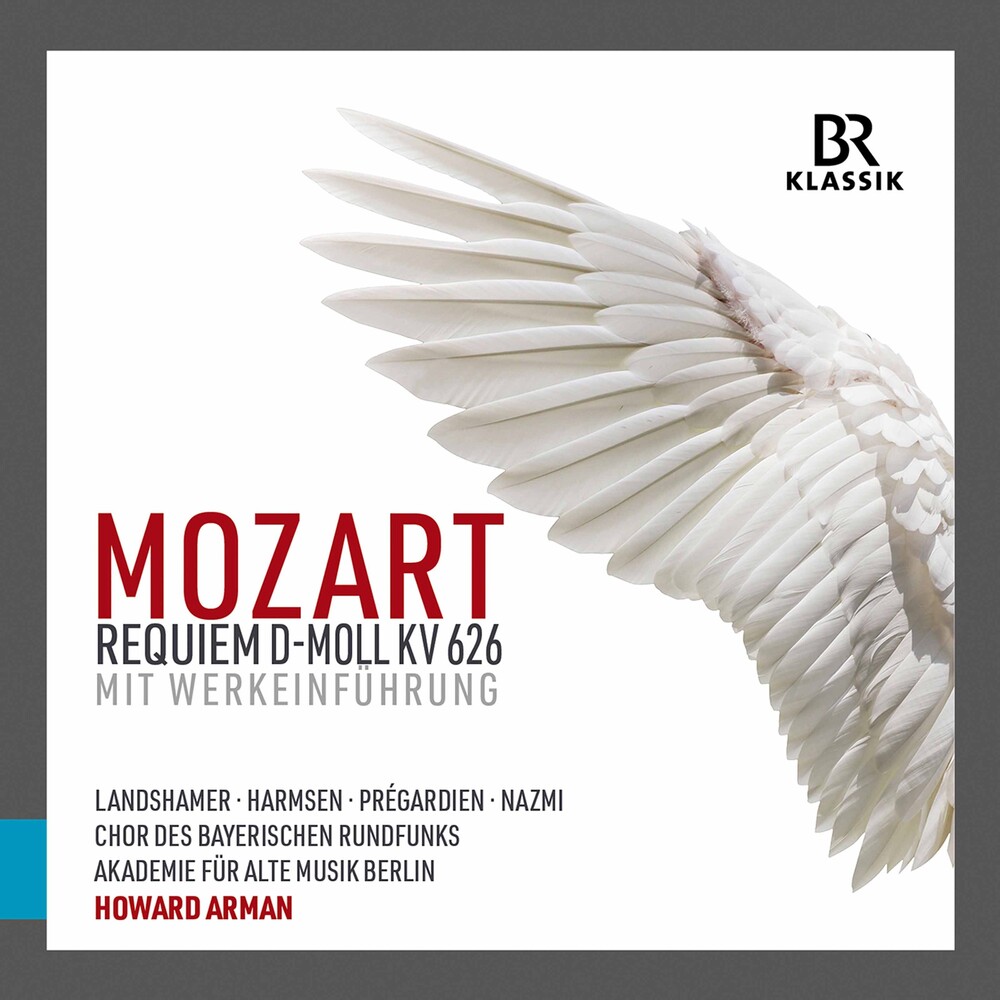 The version submitted by Howard Arman for the Bavarian Radio Chorus is based on surviving Mozart sources as well as on Süßmayr's additions; in several places, however, it reaches new conclusions that are implemented with due caution and humble respect for Mozart's magnificent original. Mozart's Requiem is followed by Neukomm's Respond Libera me, Domine - and for musical, liturgical and chronological reasons, the programme begins with Mozart's Vesperae solennes de Confessore KV 339 (1780), composed of psalms from the Old Testament as well as the Magnificat from the Gospel of St Luke and composed for the liturgical festival of a holy confessor. Howard Arman has prepended Mozart's movements for the festival vespers with antiphons taken from the vespers de Confessore Pontifici (for a confessor who was a bishop) of the Gregorian Liber usualis, and has also composed his own organ intonations to enhance the antiphons. Although it remained incomplete as Mozart's last work, the Requiem in D minor (1791) ranks as one of the most important settings of the Latin Mass for the Dead ever written. Immediately after Mozart's all too premature death, his pupil Franz Xaver Süßmayr elaborated a completed version that is still appreciated and regularly performed to this day because of it's close proximity to the original - and this despite a number of new adaptations created over the years that sometimes add cautious improvements to the Süßmayr version or instead follow their own lights entirely. - Mozart's Requiem KV 626 from 1791 is followed by Sigismund von Neukomm's Libera me, Domine, the Respond from the Liturgy of Exequies composed by Neukomm in 1821 as a liturgical completion of Mozart's Requiem for a performance in Rio de Janeiro (the Salzburg composer Neukomm had emigrated to Brazil in 1816).