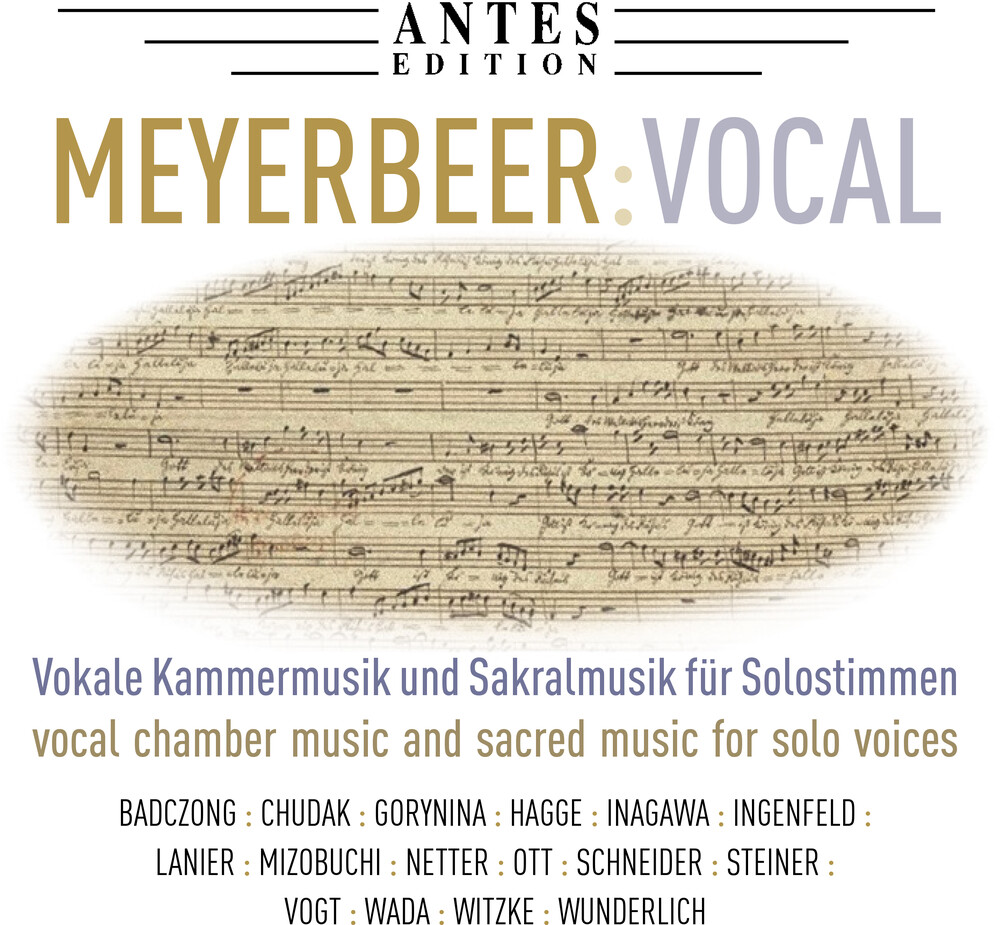 The present album features vocal chamber music as well as sacred music for solo voices by Giacomo Meyerbeer. Born near Berlin in the year of Mozart's death into a family with cultured interests, Meyerbeer was a pupil of Abt Vogler and near contemporary of his fellow pupil Weber. He made his career in Paris, where he became the most important composer of French grand opera. But he still retained wide cosmopolitan connections, in particular serving as Generalmusikdirektor from 1842 under King Friedrich Wilhelm IV of Prussia, in whose service he continued after a resignation from his original position in 1848. Meyerbeer was a man of independent means, which enabled him to exercise considerable care over the composition of operas and the choice of appropriate singers, and some control over the press. Although most remembered for opera, this album proves that his vocal compositions deserve equal esteem.
back to top