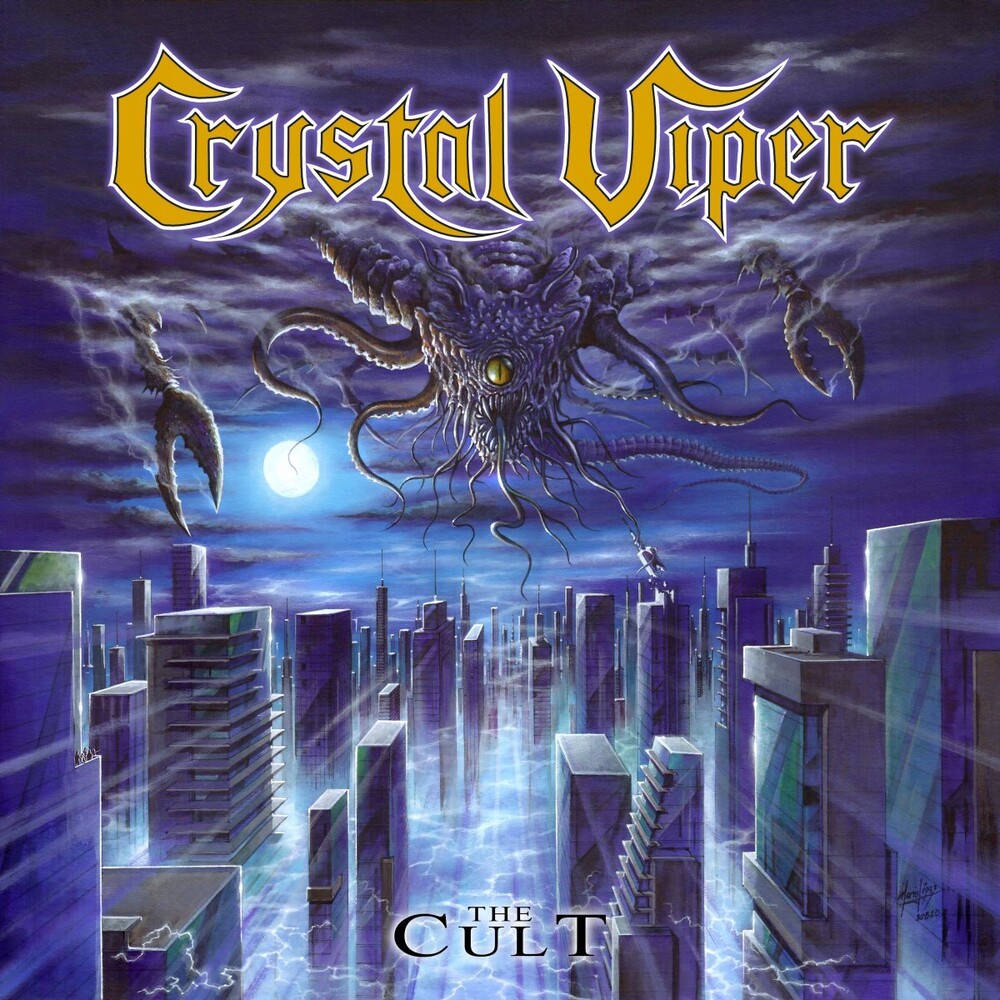 The Cult
Artist: Crystal Viper
Format: Vinyl
New: Not on Hand, Let us get it for you
Wish

Limited Edition Vinyl w/ 1 bonus track. If you are serious about heavy metal, then most probably Crystal Viper doesn't really need an introduction. The band was founded by the singer and guitarist Marta Gabriel, and released it's debut album in 2007. Since then, the band toured in more than 15 countries, played in both tiny clubs and huge open air festivals, and released 6 more studio albums. So one thing is sure : they are one of the most hard working and most determined bands of their generation. Their new studio album entitled "The Cult" marks a new era. First of all, it's their first album for Listenable Records. Except that, it's the first album that features new drummer Cederick Forsberg. But what probably is even more important, after the short flirt with more Melodic Metal that dominated their last album, "The Cult" brings Crystal Viper back to their roots : the traditional and pure Heavy Metal. "The Cult" is full of epic melodies, great riffs and guitar harmonies, ripping solos, and catchy refrains. Like that wouldn't be Metal enough, all lyrics on the new album were inspired by the works of H. P. Lovecraft. And finally, the choice of cover songs recorded as bonus tracks, should satisfy all the Metal purists : the CD/DIGITAL version of the album includes KING DIAMOND cover "Welcome Home" (recorded with a very special guest : KING DIAMOND's guitarist Andy La Rocque !), while the vinyl LP version, includes a cover of the NWOBHM heroes SATAN, entitled "Trial By Fire". THRON released their self titled debut album in 2017; The following year saw the release of the much critically acclaimed 'Abysmal', it's   roaring response vigorously spread the name across the globe thanks to their diabolical twin guitar black/death metal attacks. Metal Hammer (UK) enthusiastically reviewed : 'Enhanced Swedish 90's black/death revivalists hit the nail on the head with this one ! '. The band delve even further into the musical territory they flirted with as on their debut and reinforce all foundations on 'Pilgrim', with more emphasis on slashing wicked fluid melodies infused with energetic, triumphant classic heavy metal swagger. THRON never loses an opportunity to furiously enhance the catchiness of each composition with a greatly balanced and coherent old school feel.   Utterly brutalising and masterfully composed, the end result is truly spellbinding. THRON's 'Pilgrim' was recorded and produced by C. Brandes, A. Kovats and P. Hagmann. , Mixed and Mastered by C. Brandes at Iguana Studios in March-Buchheim in May 2020 with additional Sound Design by Stan Berzon. Artwork by created by Khaos Diktator Design.