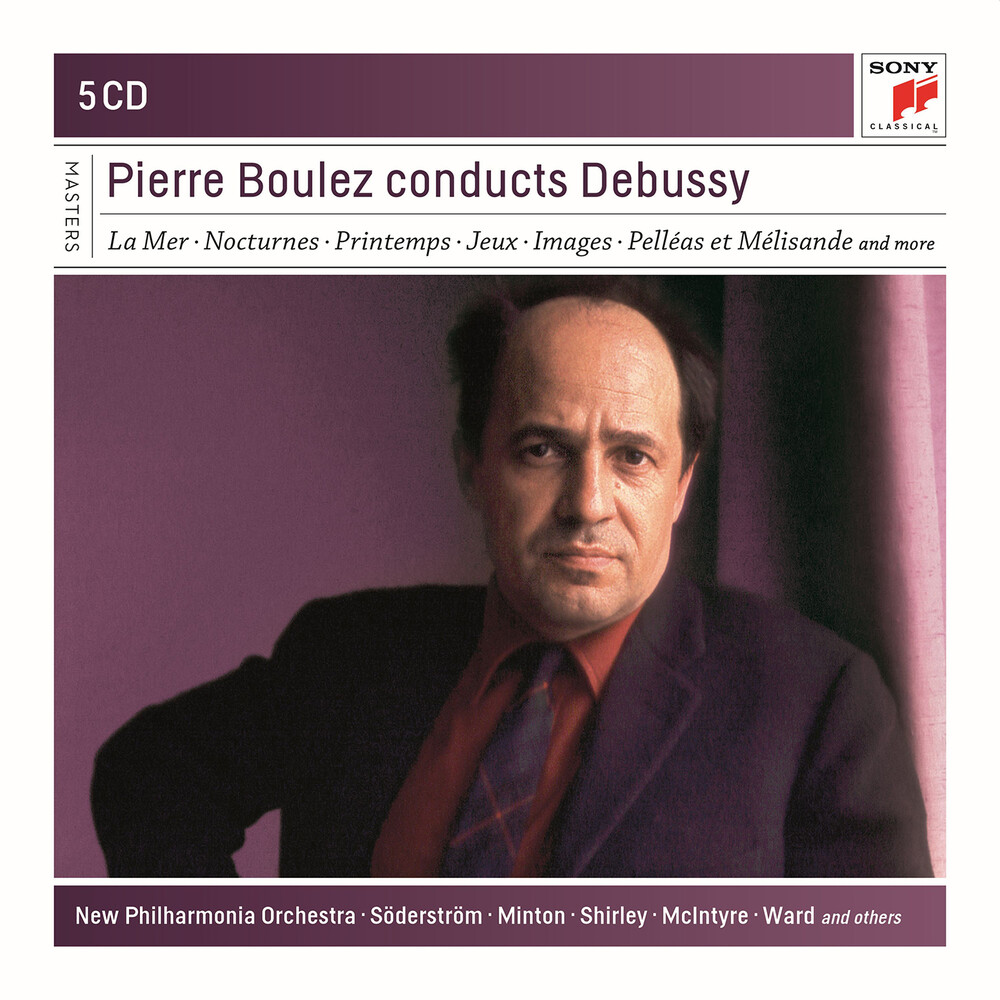 Boulez Conducts Debussy
Artist: Debussy
Format: CD
New: Not on Hand, Let us get it for you
Wish

The first major commercial recording by Pierre Boulez, made in 1966 with London's New Philharmonia Orchestra, was of music by a composer he particularly revered, Claude DeBussy. Praised for it's "clarity and cool" (New York Times), Boulez's radical approach to DeBussy won him a Grammy. Records & Recording called the CBS album, comprising the PrÃĐlude Ã  l'aprÃĻs-midi d'un faune, La Mer, and Jeux, "a record that needed to be made". The following year, in which he was appointed principal guest conductor and musical advisor in Cleveland, Boulez made a second DeBussy album with that elite ensemble comprising the Images and Danses. Gramophone greeted it's release with almost unbounded enthusiasm: "[The Images] are marvelously played by the Cleveland Orchestra, now the finest orchestral instrument in the United States... The Danses for harp and strings, beautifully played... make a very desirable fill-up." High Fidelity wrote: "This is the most lucid and illuminating performance of the Images that I know, and the Danses are equally accomplished." A year later, Boulez returned to the New Philharmonia in London for a third DeBussy programme: the three Nocturnes, Printemps and the Clarinet Rhapsody. High Fidelity's reviewer wrote: "Throughout, a fantastic clarity is brought to DeBussy's textures; entire sections of the orchestra play as one single instrument... so that the over-all rhythmic verve... is beautifully sustained, the harmonic subtleties etched with unimpeachable clarity. The same qualities are found in the other works." Then in 1970 Boulez capped his CBS DeBussy series, reissued here on 5 albums, with a revolutionary interpretation of the composer's operatic masterwork PellÃĐas et MÃĐlisande. It was recorded in conjunction with a rapturously acclaimed new production at the Royal Opera House, Covent Garden, with a superb cast including Elisabeth SÃķderstrÃķm as MÃĐlisande, George Shirley as PellÃĐas and Donald McIntyre as Golaud.